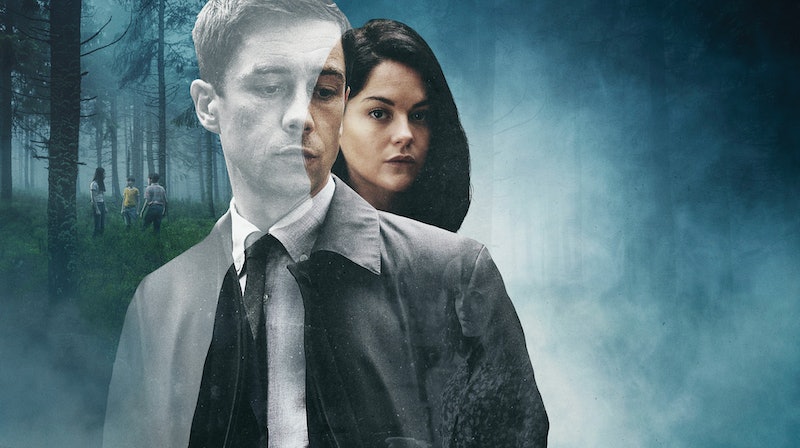 Adapted from the first two novels of Tana French's mystery-crime series, writer Sarah Phelps is set to bring the story to life on Monday night (Oct. 14). The series of novels, dubbed the Dublin Murder Squad, delve into some seriously dark subject matter and the criminal investigations that follow. But is Dublin Murders based on a true story?

While both novels are entirely fictional, the author began writing after working on an archaeological dig while in between theatre jobs. As The Guardian writes, French "began to imagine the story of three young children playing there, and only one coming out, unable to remember what's happened and traumatised thereafter." This event became the catalyst for In the Woods.

"I didn't know if I could do it, but I figured I could probably write one scene, and then another scene — and then, oh my God, I've got a chapter, and then at a certain point I found myself turning down acting work," she explained. "I realised I was pretty serious about it."

For French, this small spark of inspiration created an entire fictional world dedicated to crime and mystery in Ireland. Dubbed The Dublin Murder Squad, French's book series currently consists of five intertwining stories with the most recent being The Trespasser in 2016.

Both In The Woods and The Likeness centres around two detectives, Rob Ryan and Cassie Maddox, as they investigate the murder of a 12-year-old girl. The books that follow stray from that storyline ever so slightly, as they focus on different detectives. But it's clear that French needed to have a pretty detailed insight into detective work to bring her character's to life, and it just so happened that she knew a retired detective to give her plenty of pointers.

"He's been so generous with his time, and that's where I'm getting the flavour of these little things — the dynamics, to an extent, the partner relationship," French told The New Yorker in August. "That's something that's always fascinated me, which is going to sound weird for a writer who works alone, but I love working with people."

French attributed her admiration and enjoyment of teamwork while acting to this fascination. "And I was thinking about detectives and going, 'What would it be like to have the relationship where you were so tuned to each other that you're working practically as one, and have it be life and death and truth and justice on the line? When it works, [it's] and incredible thing."

Even by watching Killian Scott and Sarah Green play Rob and Cassie in the trailer, that chemistry and connection can already be felt. And the decision to combine the first two novels strengthed the depiction of the detectives even more so. As series writer Phelps explained to The Irish Times, "[They] are much more in league against the rest of the world, and the conversations they have can take the place of the novels' interior perspectives."

After The Capture came to an end last week, Dublin Murders will undoubtedly be a welcome addition to BBC's autumn schedule, that's for sure.