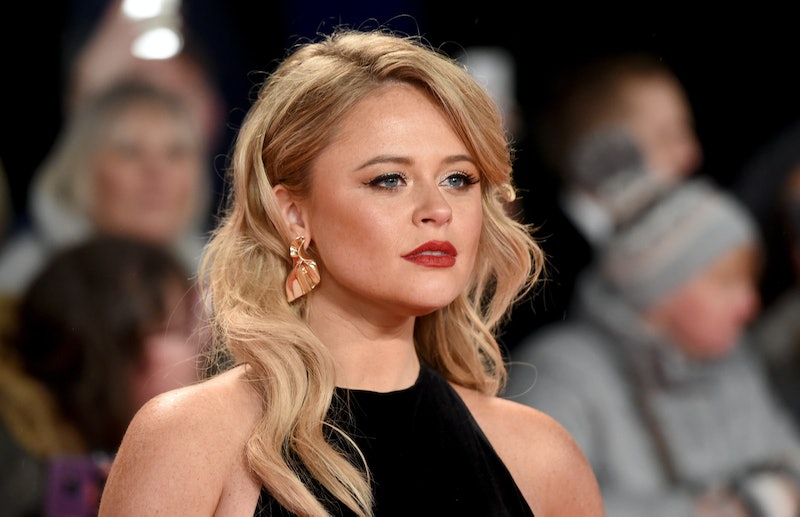 The Inbetweeners star Emily Atack is about to embark on a whole new journey in the upcoming documentary series, Emily Atack: Adulting. Throughout the W channel series, the I'm a Celebrity Get Me Out of Here runner-up will face the realities of adulthood, and explore what it means to finally grow up as she approaches her 30th birthday. However, this isn't the only project in which Atack addresses the anxieties of ageing, as the actor is at the helm of her very own live comedy show, Talk Thirty To Me. But is Emily Atack touring with her stand up any time soon?

According to the official Talk Thirty To Me website, Atack has just recently taken her stand up show on the road. Earlier in 2019, the actor toured right across the UK throughout the months of April and May, in cities such as London, Birmingham, Liverpool, Salford, and Leeds. As it stands there is no information in regards to any further dates, however, I have reached out to her representatives for comment and will update with any new information once it becomes available.

A description of the comedy show on the stand up tour's official website reads, "Emily Atack takes to the stage in Spring 2019 for her debut comedy show. A live memoir of anecdotes, impressions and tales of an actress in her twenties." The synopsis also reveals that Talk Thirty To Me touches upon themes such as social media and online dating — and is described as being a "truly hilarious, tongue in cheek look at 'having it all' and turning 30 in the millennial age."

In addition to her recent comedic venture, Atack will also be appearing in her very own documentary series, Emily Atack: Adulting. According to the Radio Times, the series gets underway tonight at 10 p.m. on the W channel, and will follow the reality TV star as she sets out to become more responsible, and explore what she believes it means to be an adult. As reported by Digital Spy, Atack has previously expressed her excitement over the new series. She said, "It is an absolute joy to be asked to film this follow-doc. Adulting will cover some topics that I, as a young woman, constantly think and worry about so I hope others find it relatable, and funny! I'm on a little exploration to find the answers to some common questions before I turn 30 — I'm excited!"

The senior commissioning editor of the new show, Helen Nightingale, has praised Atack's involvement in the documentary series, and described the Adulting star as being a "funny and relatable woman." According to Digital Spy, she said, "It's fair to say we all fell in love with Emily while watching her in the jungle. And I'm excited that she's prepared to bare all and answer life's biggest questions for us. A funny and relatable woman who is not afraid to show her vulnerability is exactly the kind of aspirational person we love on W."