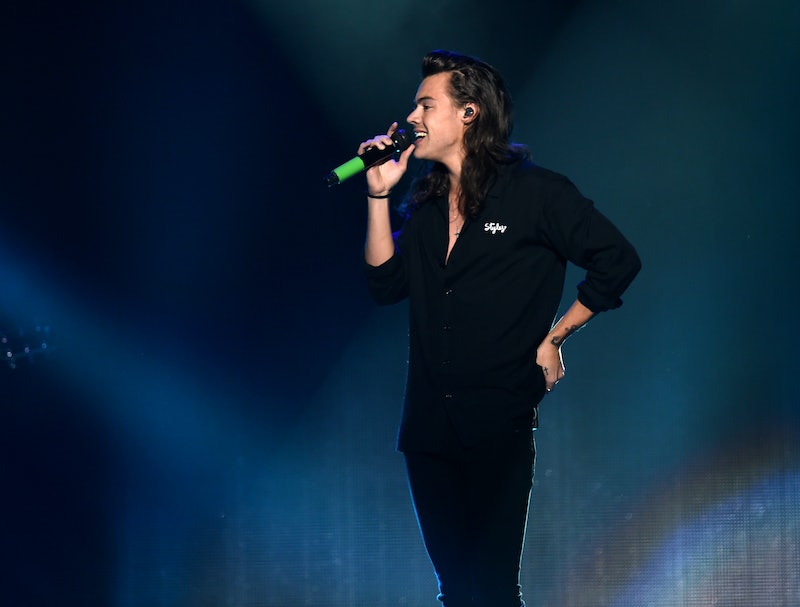 Harry Styles premiered his new song "Ever Since New York" on the April 15 episode of Saturday Night Live and fans are already loving the song. But is "Ever Since New York" about Taylor Swift, Styles' famous ex? (Bustle reached out to reps for both singers for comment but has not yet received a response.)

There are arguments for both sides, of course. In the "yes, maybe it is" column is that they do have a history and New York is kinda Swift's thing. She wrote her own song about the city and is also the tourism ambassador. So, like, if it's not about Swift, Styles still had to know people were going to wonder, considering her connection to the city. But, in the "no, it's probs not about her" column is the fact that it's been five years since the pair dated, and I feel like Styles probably moved on? It would be pretty strange to wait five years before penning a song about a woman you dated for a handful of months. If you ask me, it's way more likely that one of the One Direction songs is about her, since those came out sooner after their split.

Fans on Twitter seem similarly torn, especially since the lyrics to the song are vague AF.

Those Who Think It's Proof Of Haylor (Harry + Taylor)

Versus Those Who Think It's Just A Song About A Person, OK?

Will we ever know for sure? Not unless someone decides to comment and I don't see that happening. So the speculation wheel keeps on spinning.

More like this
A Taylor Swift Documentary About The Ticketmaster Fiasco Is Streaming Now
By Grace Wehniainen
The 'Kenan & Kel' Reunion On 'SNL' Took A Dramatic Turn, Thanks To Keke Palmer
By Brad Witter
Keke Palmer Just Announced She's "Going To Be A Mom" On 'SNL'
By Brad Witter
Taylor Swift Fans Sue Ticketmaster For The Eras Tour “Ticket Sale Disaster”
By Jake Viswanath
Get Even More From Bustle — Sign Up For The Newsletter