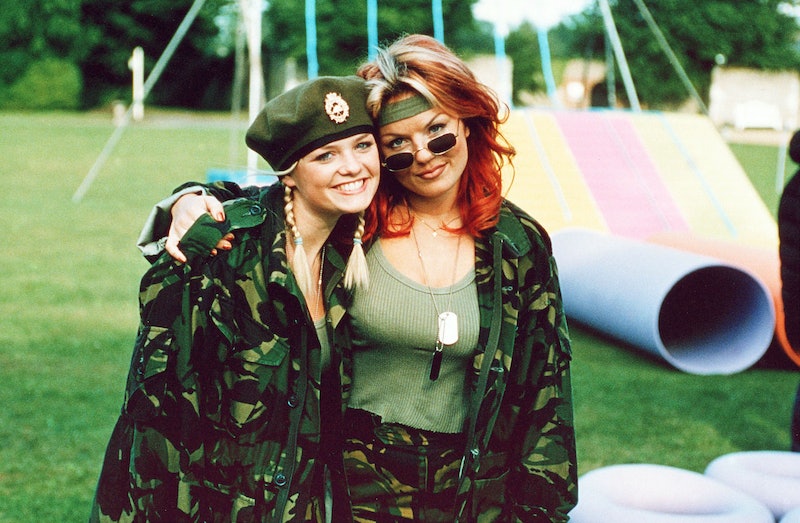 Alex Bailey/Polygram/Kobal/Shutterstock
By Alice Broster
May 23, 2019

With sneak peaks at rehearsals being posted on social media and their songs being played across the airwaves, the Spice Girls are well and truly back. Kicking off their reunion tour in Dublin on May 24, I'm ready to let girl power take over every aspect of my life. And if you think you are ready to see the girls perform you might need to prepare yourself. Ginger Spice is back as Geri Horner reveals a transformation which might look super familiar to you. But is Geri Halliwell's new ginger hair real? Or are we just having a '90s Spice Girls fever dream?

Well, it seems like the new transformation is very much real and it's here to stay. Apparently Horner thought Ginger Spice should turn up to the Spice Girls reunion tour in all her former glory, and I for one couldn't be more happy about this decision. The icon is back.

Geri took to Instagram on May 22 to unveil a whole new red hair do, and she thanked Loreal Hair for what is a truly magical transformation.

In a post she said: “I haven't had ginger hair for over 20 years I think it is. So I'm a bit scared.” It feels like Ginger Spice never left.

Geri initially teased fans by posting a clip from her solo video 'Look At Me' where she threw a funeral for Ginger Spice. With the caption “return of Ginger?” fans went into overdrive. Needless to say 2019 was the time for the rebirth of Ginger Spice and Geri's fierce brand of girl power.

Geri was one of the most iconic faces in fashion and pop culture of the '90s. From her fiery red hair to that Union Jack dress, this woman knows how to serve a look. And she's still 100 percent got it. I mean, just look how shiny and luscious her hair so shiny and luscious is after all these years of dying.

In the caption for her Instagram, Geri shared the secret to her new look. She attributed everything to Loreal Hair, saying her shade preference is 74 Mango. So, if you are heading to see the girls on stage this summer and really want to commit to the cause you can give your hair the Ginger Spice treatment too.

The Spice World 2019 tour kicks off in Dublin this Friday on May 24. After that they will travelling across the country to Cardiff, Manchester, Coventry, Sunderland, Edinburgh, and Bristol before closing what promises to be an unmissable tour at Wembley Stadium in London. The anticipation is unbearable and it's almost time to bring back 'Viva Forever.'

There is one more day before Spice Girls return to spice up your life and with Geri's sensational transformation, it would seem the girls are more than ready. This is the reunion fans have been waiting years for and, as Ginger Spice will be walking into the tour in all of her sassy, glamorous glory, I cannot wait to see the girls perform.