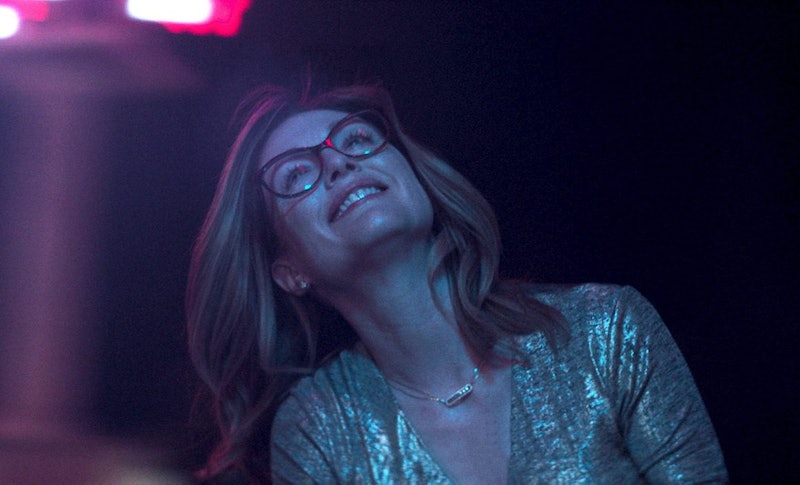 Gloria Belle follows its title character, a vibrant 58 year-old woman, as she lives her life in Los Angeles. That sounds overly simple, but after women reach a certain age, society tends to push them to the fringes. Especially in mainstream media, it seems that they don't really exist, and if they do, they certainly don't have the same wants and desires as their younger counterparts. So the question shouldn't be whether or not Gloria Bell a real person, but why it's so rare to see women like her portrayed on screen.

Julianne Moore plays Gloria in the Mar. 8 release, long since divorced and looking not for love, but romance and excitement — something more than the mundane. She loves cheesy pop music from the '70s and '80s, checks in occasionally on her adult children, and hits the dance floor nearly every night, where she eventually meets Arnold (John Turturro), a more recent divorcée with two grown, overly-dependent daughters. The film follows their budding romance and all its attendant baggage, with Gloria trying her best to avoid getting mired in the minutiae of other people's lives.

This is director Sebastián Lelio's second take on the character. The first is his original 2013 Chilean film called simply Gloria. Speaking to El Espectador magazine he said the inspiration for Gloria, and for the entire movie, came from his mother, her friends, and the women of their generation. "I put myself on their side because they are living something very fierce: a cruel process of disappearance, of becoming invisible in a society where beauty is understood as an obsession with youth." He needed to make this film because "we will never know how to see the beauty that exists in old age in a world full of stories looking at it condescendingly and childishly...The film says that the mother is alive and can desire, enjoy and love. Perhaps we should also desire it, enjoy it and love it."

Talking to Cinephiled he gets a little more specific. "The story itself and all the details have happened in one way or another to different people I know," he said, calling the film a "Frankenstein" of Chilean "moments that mean something" to him. "And even though this is a very Chilean movie, I was inspired by 1970s American cinema, especially Cassavettes’ films," he explained, specifically Gena Rowlands in A Woman Under The Influence, a movie that director John Cassavettes famously self-funded after being told by Hollywood, as TCM noted, "No one wants to see a crazy, middle-aged dame."

While both Glorias are happy and stable, they're still odd women out as they seek something difficult enough to articulate, without just wanting it being verboten for any but women considered attractive enough to have earned the privilege. Taking a step back to point out Hollywood fantasy at work, realize we're talking about Julianne Moore, one of the most glamorous women in the world, playing this character.

Still, both she and Leilo ground the movie firmly in reality. Talking to SBS, the director admitted, “Afterwards you tend to pretend that everything was planned... but it was not like that at all. I was just always moved by seeing my mother singing in the car. My mother always sings in the car and I see in Santiago other woman driving and singing alone in the car and I was always thinking there is a movie there. This woman driving, carrying along her own hopes and fears and dreams and singing them aloud.”

It's that kind of small, perpetual fearlessness facing the day-to-day that makes Gloria Bell universally relatable beyond its Chilean origins. The character dutifully heads to the office every day, but doesn't let the routine grind her down or become her life. Her liveliness and refusal to stop seeking joy are tribute to the many women who helped inspire her.