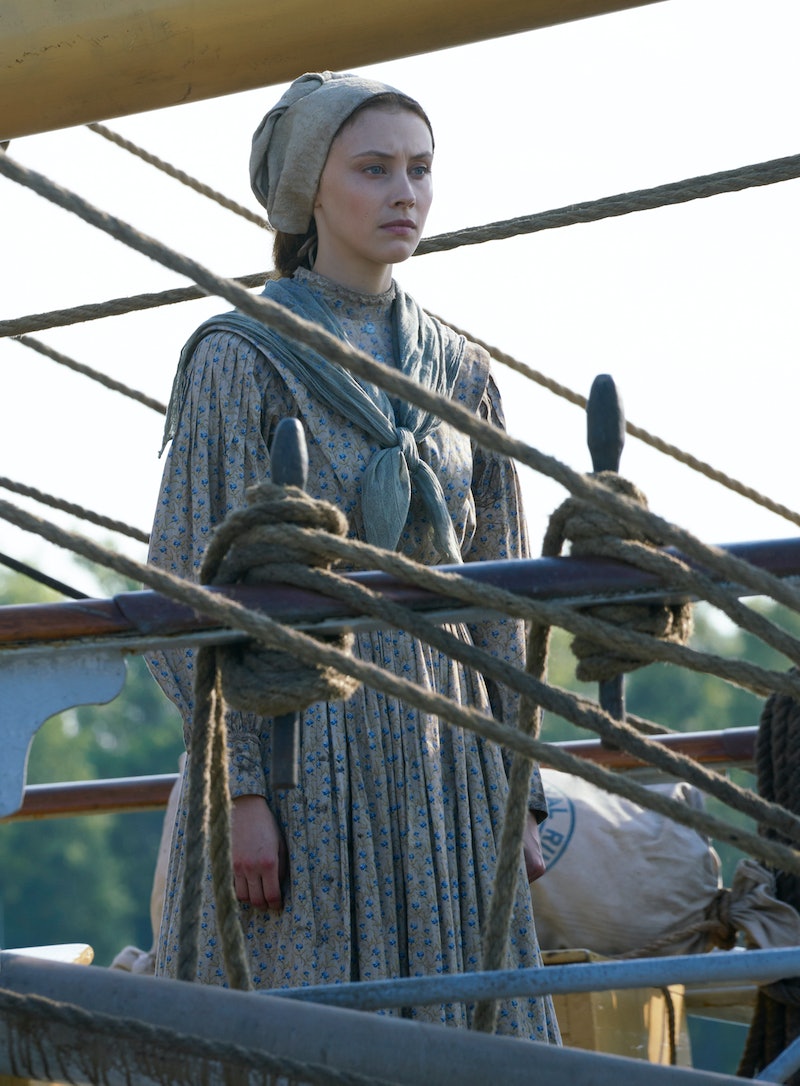 Alias Grace on Netflix could end up being the next Handmaid's Tale in terms of popularity, and in terms of theme. For starters, both shows are written by prolific feminist author Margaret Atwood, and they both take a brutal look at how women are treated beneath a crushing patriarchy. While Handmaid's Tale looks to the future, however, Alias Grace looks to the past. The series and novel take place in the mid-1800s and revolve around Grace Marks, a woman sentenced to life in prison for the murder her two employers. While Atwood is known for crafting fiction, the story of Grace Marks is not entirely her own creation. Grace Marks was a real person.

Thomas Kinnear and Nancy Montgomery were brutally murdered in 1843, and two of Kinnear's servants blamed each other. As reported by the Kingston Whig-Standard, "Grace Marks placed the heaviest blame on James McDermott, another servant of the Kinnear home. McDermott admitted to murder in the summer of 1843, but told a story of being under Marks’ spell." The results of the trial ended with McDermott being sentenced to death and Marks being sent to prison. These competing stories are just the beginning of the journey into Marks' mind that Alias Grace goes on.

While there is a mystery at the heart of Alias Grace — who is responsible for the murders — the real mystery lies in Marks herself. In the book, her grip on reality faded during her time in prison, and eventually resulted in her being "treated in [a] Toronto [mental] facility for close to a year and a half," per the Whig. Marks was pardoned in 1873 and eventually "disappeared from recorded history." These many mysteries — who killed Kinnear and Montgomery, is Marks sane, where did she go — all inspire the story of Alias Grace.

As reported by Indiewire, Atwood delved into the story with an audience after a screening of the first two episodes of Alias Grace at the Toronto International Film Festival. She said:

"There were so many different, contradictory stories about Grace Marks; nobody actually ever knew whether she had killed anybody or not ... If I had known the truth, I probably wouldn’t have written a book ... The fact that she had various stories that she told to different audiences… well, that always affects the story that you tell — who the audience is. Does it not?"

While many historical pieces rely on real information to tell a story, the fact that so little is known about Grace Marks provided great creative freedom to Atwood. In fact, one of the major themes of Alias Grace is how society puts labels on women without full knowledge of the truth.

In an interview with The Guardian in 1996, Atwood claimed that "when there are crimes of violence involving both a man and a woman, it usually goes as follows: Nobody ever says the man is a nice guy, but opinion often splits about the woman." As an example of how women are viewed in such situations, Atwood ponders that "either [the woman is] the villainous instigator of it all, or else she's a terrified victim and she only did it because she was frightened for her life. That's the pattern with Grace."

The truth behind Grace Marks' and these murders may never fully be known, but that's not what Alias Grace is really about. Alias Grace seems to be far more interested in seeing how being a suspect of murder can radically change the life of a young girl and examining the drastic effect that spending a life in prisons and asylums can have on someone, as well as how men treat women. And, at its heart, Alias Grace seeks to tell a true story, even when no one is sure what the truth really is.

Check out Bustle's spooky 'What's Up, Boo?' series and other videos on Facebook and the Bustle app across Apple TV, Roku, and Amazon Fire TV.