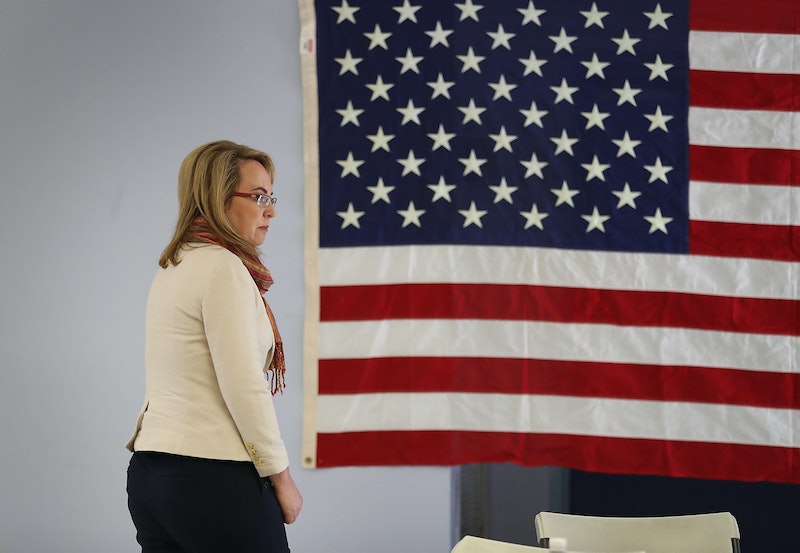 The massacre in Las Vegas caused the loss of many lives — and also served as a macabre reminder of the importance of gun control. Moreover, the Las Vegas shooting has once again brought to light a significant but often-overlooked issue: why gun control and feminism are so intertwined.

Gun control and feminism are intrinsically linked for myriad reasons, particularly because most mass shooters have a history of violence against women and because guns are frequently a lethal tool of domestic violence — something which disproportionately affects women.

First, as Quartz Media recently reported, a majority of mass shooters in modern American history share common traits: they are male and they have a history of misogynistic and/or abusive behavior toward women. The Las Vegas shooter, Stephen Paddock, fit this bill; he reportedly was known to publicly berate his girlfriend, Marilou Danley. As the Los Angeles Times reported, staff at a Starbucks in Mesquite, Nevada, which the couple frequented, noted that Paddock would regularly demean Danley in public, saying, "It happened a lot." A worker also described Paddock as being rude to Danley and cited an instance in which Paddock "glare[d] down at her and sa[id] — with a mean attitude — ... I’m paying for your drink, just like I’m paying for you.’

Other mass shooters have followed similar patterns of misogyny or violence toward women. Quartz noted that the shooter in the second deadliest mass shooting in modern U.S. history, at Orlando's Pulse Nightclub, reportedly regularly physically abused his ex-wife. Slate reported that another mass shooter, James T. Hodgkinson, who attacked members of Congress during a baseball game earlier this year, was arrested in 2006 after punching a woman in the face, though his case was later dismissed. Newsweek also reported in 2014 that, during a mass shooting in Killeen, Texas in 1991, the shooter seemingly specifically targeting women, reportedly shouting, "All women of Killeen and [neighboring city] Belton are vipers!” as he carried out his attack.

Unfortunately, a history of misogyny and/or domestic violence and a propensity for gun violence seem to often go hand-in-hand.

Gun violence includes mass shootings, but also domestic violence as well. Indeed, as Everytown for Gun Safety reported, over the past 25 years, more intimate partner homicides have been committed with guns than every other weapon combined. Moreover, The Trace noted that 70 percent of domestic violence victims are women and that, more than 50 percent of the time, the weapon used to carry out an intimate partner homicide is a gun. Even more shockingly, The Trace also revealed that, every 16 hours, an American woman is fatally shot by her partner.

In addition to inflicting fatal violence against domestic partners, domestic homicides also have the potential to evolve into mass shootings. Indeed, as reported by the Huffington Post, shootings against domestic partners also often kill bystanders. In 57 percent of shootings between the years 2009 and 2015 resulting in at least four people being killed with a gun, the shooter was targeting a family member or intimate partner.

Gun control and feminism are intertwined both because those who perpetuate mass shootings often have a history of mistreating women and because women are frequently victims of gun violence at the hands of men — violence which is often domestic in nature and sometimes serves as a precursor to additional violence against others.

Therefore, gun control is essential to helping save women's lives and to ensuring that they are less likely to be victims of a fatal domestic violence attack. It is also crucial to ensuring that would-be mass shooters, who very often have a history of mistreating women, do not have access to weapons.

On the flip side, ensuring women's equality, protecting and promoting women's rights, and creating a society in which women are respected as true equals will help foster a social consciousness in which men are less likely to engage in misogynistic or abusive behavior toward women — and thereby likely less inclined to engage in gun violence, something for which misogynistic behavior is sometimes a precursor.

Promoting gun control and perpetuating feminism and women's equality appear to go hand-in-hand, with both helping to create less violent and more inclusive societies in a mutually reinforcing manner.