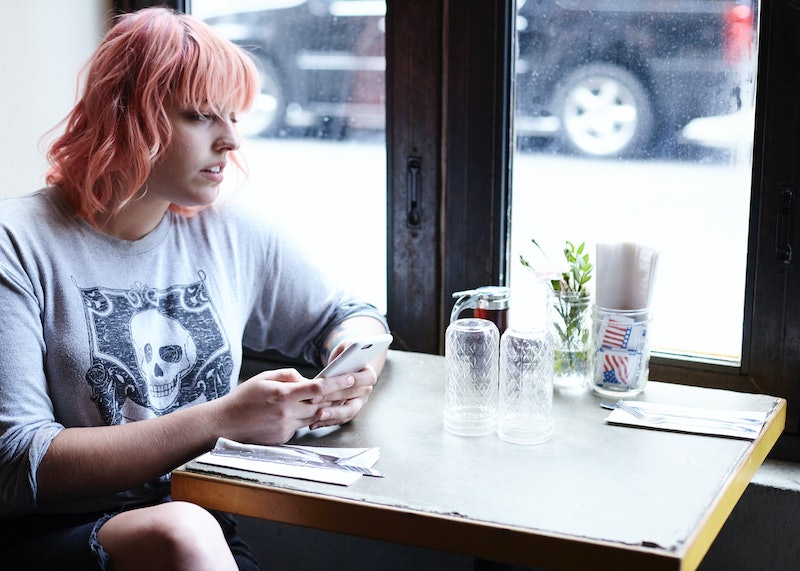 Have you ever had to apologize for being irrationally mean while hungry? I've been there. Granted, as someone who has been on the receiving end of someone else's hanger (hungry-anger, for those not in the know), I've wondered whether hanger is even real. But a recent report says that getting hangry is totally backed up by science, and now we can all feel validated in our hunger-fueled meanness. Sophie Medlin, lecturer in nutrition and dietetics from Kings College London, explained the science behind hanger on BBC program Women's Hour. In the interview, which happened in March, Medlin says that hanger is totally legitimate and not really surprising. "We’ve long recognized that hunger leads to irritability," she says. "But the wonderful world of social media has merged the two words for us and now we know it as 'hanger.'"

When we're hungry, both adrenaline and cortisone increase — Medlin calls them our "fight-or-flight hormones." These are the same hormones that are triggered when we're we're angry. Interestingly, she points out that hanger isn't exclusive to women — if anything, men could be more susceptible to hunger-induced irritability thanks to changes in neuropeptide (a group of compounds that act as neurotransmitters) levels. Neurotransmitters are often called "chemical messengers" because they communicate changes throughout the brain.

I didn't realize how gendered hanger has become until I thought about it. Most of my female friends joke about it, but I've never had a male friend mention it. When the men in my life are cranky, I usually end up giving them passes without trying to figure out the cause.

Even though we laugh about hanger, it's important to time our meals well and avoid missing meals needlessly, especially because unnecessary anger and irritability aren't exactly good for us. One of the radio show hosts on the BBC show remembers having a road rage episode due to her hunger-induced anger.

Low blood sugar can do more than just make you say something you'll regret or pick a fight with someone you'd usually be kind to — I once ended up in the emergency room thanks to an unexpected drop in blood sugar that almost made me pass out. For people with diseases like diabetes, hanger isn't something to laugh about.

When your blood sugar changes rapidly, you're more likely to have symptoms like nervousness, irritability and confusion, according to Medical News Today. If your hunger is causing serious problems, it may be a good idea to talk to a medical professional about your symptoms. But if you don't have any health problems and just get cranky when you don't eat enough, all that it takes to avoid a bad mood is preparation. Medlin recommends keeping healthy carbohydrates with you so you'll always have snacks to bring your blood sugar up.

Just like any other emotion, it's important to remember that having an explanation for hanger doesn't actually excuse any regrettable choices we make while hangry. Eating frequently and nourishing your body when you feel hunger pangs can eliminate the need for your hormones to get out of whack in the first place.

Now that I know that my mood is actually influenced by whether I'm hungry, I'm going to attempt to be more aware of whether I've eaten. I have an extraordinarily bad habit of spending an entire workday hungry and eating once things calm down, but for the sake of my family and coworkers, I'm going to try to change things up. If you're often mean to the people around you and aren't sure why, think about changing up what you eat and making sure you're getting enough food — hanger is real, and it happens to all of us.