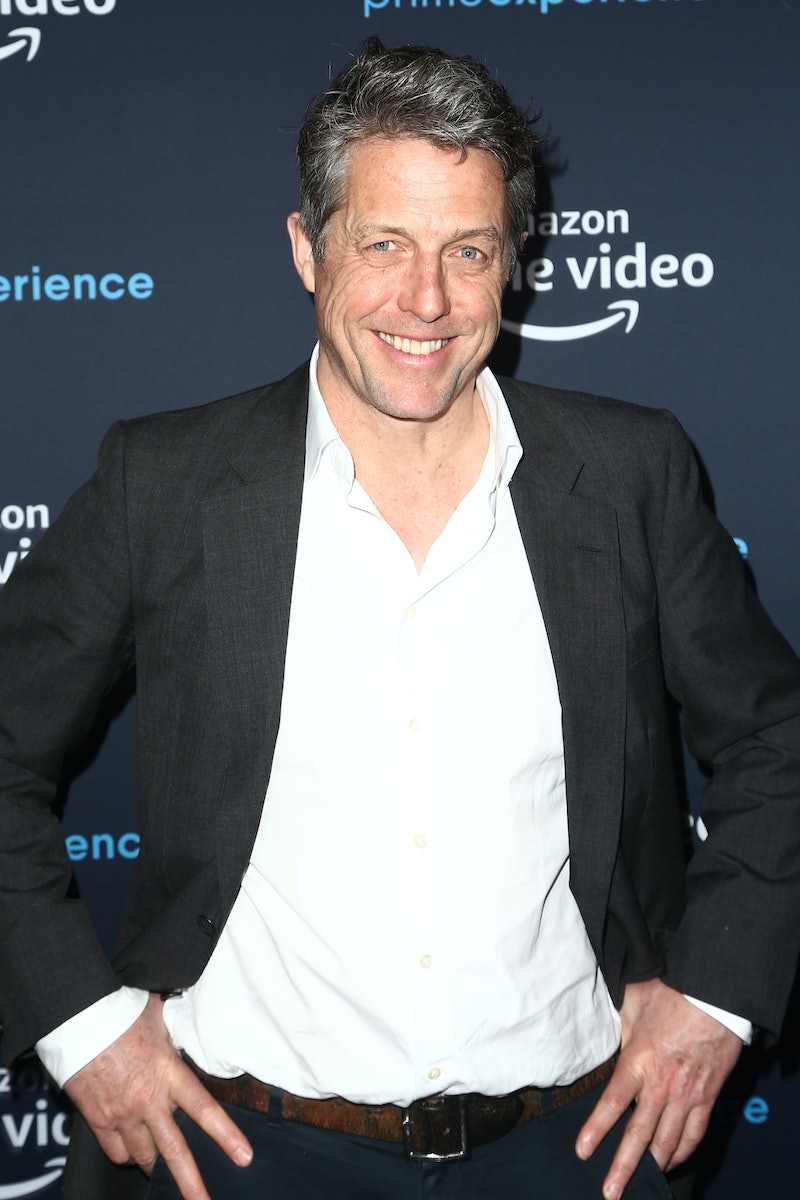 Adaptations of any kind can be a big risk, but especially when it comes to a movie as treasured as Four Weddings and a Funeral. Fortunately, the Hulu version is in the hands of Mindy Kaling, who will surely make it unique while still paying homage to the original. But where do the actors who first brought the story to life fit in? We know Andie MacDowell, who starred in the 1994 movie, has a cameo, but is Hugh Grant in the Four Weddings and a Funeral show, too? He did play an important part in making the original film such a success, so having him make even a brief appearance would be a nice callback, at the very least.

Unfortunately, it doesn't seem as though the actor will be featured on the series in any capacity. "They haven't asked me," Grant told Entertainment Tonight when asked about whether or not he'll be appearing on the show. And even if he had been, it doesn't seem like Grant would be all that enthusiastic about the prospect. When ET asked if he would do a cameo if invited, he said simply, "I don't know, maybe not." Perhaps he's happy to just leave that particular character behind or maybe he'd be worried about stealing focus from the new storyline and cast. But whatever the case, don't expect to see Grant pop up in the show.

Still, that's not to say that Grant's presence won't be felt throughout the season. During Hulu's Television Critics Association panel for Four Weddings and a Funeral, star Nathalie Emmanuel revealed that the show will open with her character saying the exact same words Grant's character used in the original film. (Spoiler alert: it's a lot of F words.) "I think my preparation was just being British. We swear a lot. We curse a lot," Emmanuel joked, per CheatSheet. "There's lots of ways you can say the F word, and I enjoyed exploring those. There's something very cathartic about yelling that word a lot."

As for MacDowell, she'll play the role of a mom on the show in a quick guest star capacity. She won't be playing the same character as she did in the original movie, but it'll serve as a nice homage, even if Grant won't be joining in on the fun along with her.

Thankfully, for those who really wish they could see these actors recapture the magic of their onscreen personas, there is a way to get your fix. The cast of Four Weddings and A Funeral reunited for a short film in honor of Red Nose Day 2019, which showcased where the original characters are 25 years later. And yes, it did involve a fifth wedding, but luckily no additional funeral.

Hulu's Four Weddings and a Funeral may not be the same as a reboot or a full-fledged sequel, but it's certainly better than nothing at all. And knowing Kaling's work, it'll be every bit as wonderful as the movie that started it all.