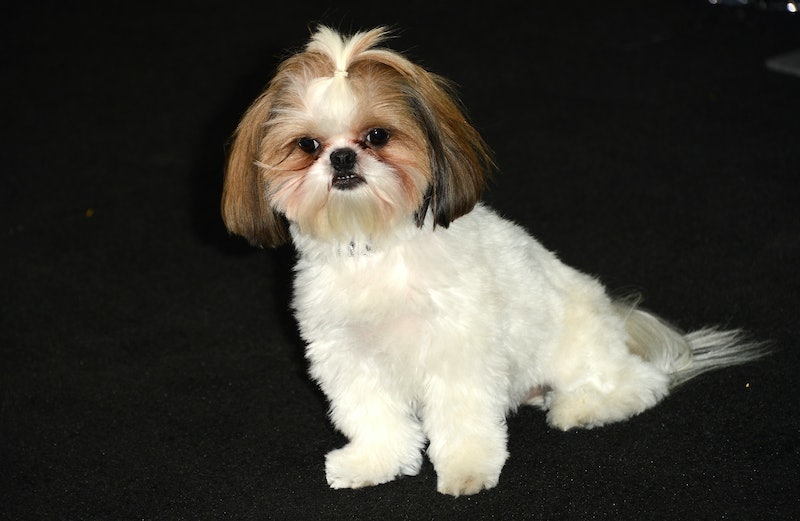 The anti-vaccine movement saw a significant bump with the election of Donald Trump, who prior to his run for president had made comments dangerously close to promoting non-vaccination. "Healthy young child goes to doctor, gets [vaccinated], doesn't feel good and changes - AUTISM. Many such cases!" he wrote on Twitter in 2014. In spite of all scientific evidence to the contrary, the conspiracy theory that vaccines are harmful continues to flourish. So, perhaps it shouldn't come as a surprise that, according to one report, some New York City pet owners are refusing to vaccinate their animals.

This report came courtesy of the Brooklyn Paper, a small weekly newspaper covering news in the New York City borough. According to reporter Colin Mixson, who interviewed veterinarians and pet owners in Brooklyn for his piece, the largely urbanite fear that vaccinations can do irreparable harm has led to a rise in New York City dogs not getting their vaccinations. (The piece notes that distemper, hepatitis, and rabies vaccinations are all necessary for domestic pets.)

According to Mixson, a Brooklyn vet named Amy Ford explained: "We do see a higher number of clients who don’t want to vaccinate their animals." She added: "It’s actually much more common in the hipster-y areas. ... I really don’t know what the reasoning is, they just feel that injecting chemicals into their pet is going to cause problems."

It's well-documented that the anti-vaxxer movement has picked up steam in liberal enclaves as well as in rural areas. California, for example, was the site of an infamous measles outbreak in 2015 that started in Disneyland and quickly became one of the worst in recent history. It hit particularly hard in Orange County, a famously wealthy region of southern California that is among the worst culprits in the country when it comes to choosing not to vaccinate.

Many neighborhoods in Brooklyn have been subject to swift gentrification over the past decade, which may have contributed to the alleged rise in choosing not to vaccinate pets. Additionally, Trump has done little to soothe those who feared his election would bring on a spike in anti-vaxxers:

"What’s going on with autism?" he demanded to know of a Virginia principal in February. "When you look at the tremendous increase, it’s really, it’s such an incredible. … It’s a really horrible thing to watch, the tremendous amount of increase."

Trump stopped short of explicitly linking autism to vaccination (a conspiracy theory which has been thoroughly debunked), but the seeds had been sown. Even though the science strongly tells us otherwise, and even though vets prefer not to diagnose a pet with autism for lack of evidence, a number of dedicated anti-vaxxers still remain vocal in the United States.