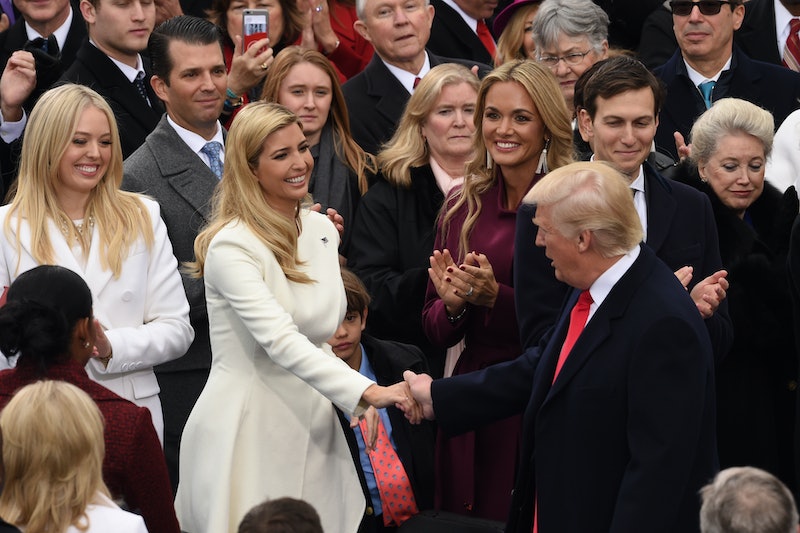 New anti-abortion regulations have already been approved in Donald Trump's presidential administration, with conspicuously little objection from its most public female face. Since the presidential campaign, Ivanka Trump has positioned herself as the feminist champion of her father's administration, but her lack of pushback against her father's latest affront to women's rights directly defies that self-designed role. Ivanka needs to decide where she stands for the next four years, because calling herself an advocate for women without truly supporting feminist policy is harmful to the very people she says she wants to help.

Trump signed the "global gag rule" Monday, preventing international humanitarian groups from receiving funding from the United States if they even mention abortion options to women. It's obvious why any feminist should take issue with this — it's a clear violation of women's right to their full range of options through one of the most objectionable forms of control, intentional misinformation. Additionally, it's been proven not to work from previous administrations that instituted the rule, only causing the exact same problems that domestic abortion restriction entails.

Yet Ivanka has remained silent on the issue since the announcement, which created significant press coverage and online discourse. In her own Twitter bio, Ivanka proudly proclaims herself a "passionate advocate for the education and empowerment of women and girls," but that advocacy seems to have stopped short of speaking out against her father. If she was really, inclusively passionate about empowering women, she would have condemned the clear violation of the principle of free speech that this gag order imposes. It's clear that she's stuck between a rock and a hard place, but titling yourself a passionate advocate without actually participating in passionate advocacy when the clear opportunity presents itself is just a lie.

Ivanka's silence calls into question what she plans to do in her four years with this unfettered access to the White House. Her shining moment in the campaign was when she introduced a new plan for paid family leave (though the feminism she touted there wasn't all that feminist either). But it was a start, a push to the left that the GOP had long needed to make to actually support its family first message. Her proposal gave the hope that Donald Trump's unpredictable anti-feminism could be mitigated by his apparently empathetic millennial daughter, but that hope is fading as she fails in the first few days to speak up about the forthcoming plans to restrict women's access to safe abortion care across the globe.

Whatever role Ivanka chooses for herself, whether it's mainly focused on White House hostessing, public policy, or motherhood, is perfectly fine. But what she's not allowed to do is build herself as a reputation as a feminist advocate without following through. Giving people false hope that there's a real feminist with influence in the White House is bad, and confusing people on the real definition and practice of feminism is even worse. Ivanka says she's working to empower women, but if she keeps up her current course of action, she'll do a lot more harm than good over the next four years.