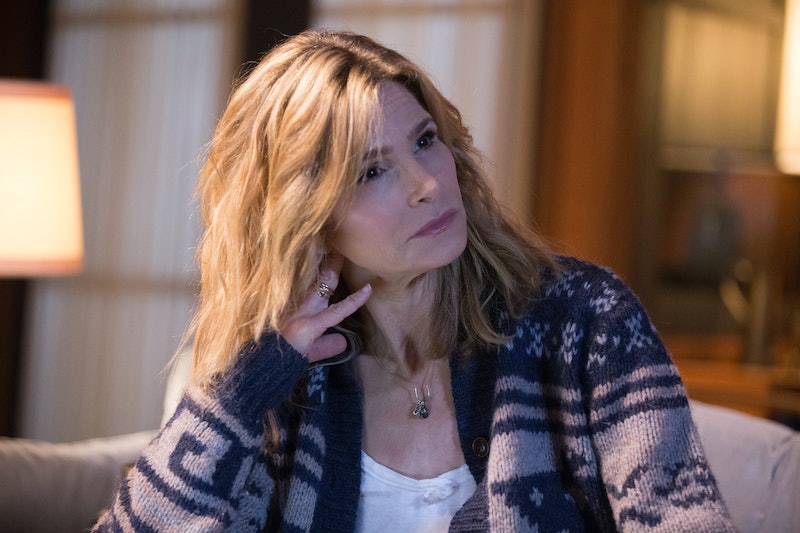 The story of Ten Days in the Valley is every parent's worst nightmare. Jane Sadler (played by Kyra Sedgwick), a television writer with what seems to be a self-medication problem, returns from working in her writing shed one night to find that her young daughter, Lake, is missing. The plot is terrifying enough as a fictional drama. But is Jane Sadler from Ten Days in the Valley a real person, and is the show based on a real-life crime?

Fortunately, there is no real-life Jane Sadler who lost her daughter in this way. But it is the real-life worst nightmare of Ten Days in the Valley creator Tassie Cameron. "I came up with the idea because I was having a recurring nightmare. I have a little writing shed — and just to be clear, I don't actually work there at night when my daughter's in bed. I never do and I never will," Cameron says during the Tribeca TV Festival panel for the show. "But I would have this dream that I would be in there and I would be on deadline [and in the] middle of the night, the back door would be locked and my kid would be gone. So it was really just working through that."

Ten Days in the Valley shows Jane Sadler becoming increasingly unhinged and frantic as the investigation into her daughter's disappearance gets underway. And yet for Kyra Sedgwick, this represents a realistic portrayal of a woman who may not be based on a true mother, but sure feels lifelike. "I'm in the business of playing authentic people and real people," Sedgwick shares at the Tribeca TV Festival. And part of playing an authentic woman, for Sedgwick, is not being the picture perfect mom. "I gawk at the idea when people say, ‘Is [Jane Sadler] a good mother?’" Sedgwick said in an interview with TVLine. "I’m like, ‘She’s a real mother, and plus: That’s totally sexist. You’d never say 'is he a good father.’ No, I didn’t see any articles written about how [Breaking Bad's] Walter White was a bad father, you know, so it’s amazing. We’re so ready to shame the women. Don’t even get me started."

This dedication to authenticity and desire to portray a well-rounded female character, with all of her faults and flaws, is part of what makes the story of Jane Sadler and her daughter feel so real. And in fact, this blurred line between fact and fiction is one of the major themes of the show. Jane is a writer for a cop television show, and her fictional imaginings about crime and police investigations are about to enter her reality as the investigation into her daughter's disappearance gets underway. Those involved in the fictional show-within-a-show might be suspects in real life.

Sedgwick's role also fits into the positive movement towards providing leading, complex roles for women over the age of 40. Ten Days in the Valley is mostly driven by its female characters, and that's part of what drew Sedgwick to the project. "One of the biggest draws for me was the idea of working with women," she shared at the Tribeca TV Festival. "The statistics are staggering and sort of depressing. We need to really make choices based on that knowledge."

It's true that female anti-heroes are much less common than male ones — we see plenty of Walter Whites and Don Drapers, but not too many Jane Sadlers. Ten Days in the Valley works to alter that narrative, and demonstrate that fictional women can be just as three-dimensional, frustrating, irrational, loving and complex as women are in real life.

So in the end, it doesn't really matter that Jane Sadler isn't based on a real person — if she comes to life in a way that feels authentic, her character does a service to women everywhere.