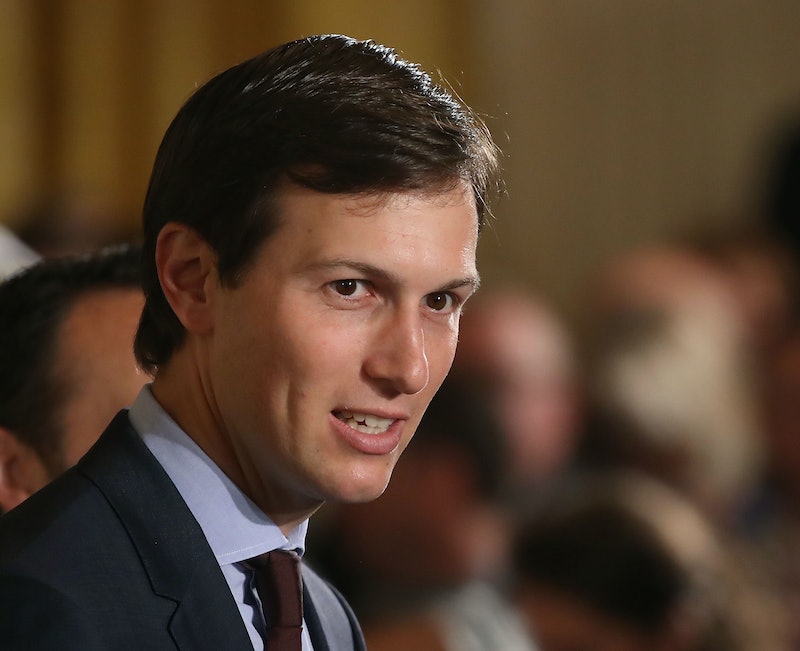 Jared Kushner, Donald Trump's son-in-law and a White House senior adviser, was set to testify before the Senate Intelligence Committee on Monday. During the closed-door session, Kushner was likely asked about alleged meetings between himself and Russian nationals, and Kushner's attorney claimed that he would be cooperating to the fullest degree. But some think Kushner is blaming everything on Donald Trump Jr.

So Kushner's defense is: I am disorganized, have a lousy memory, am new at this, and whatever happened w/Russia is all Donnie, Jr.'s fault.

Several people have expressed displeasure with Kushner's statement. In an article headlined "Jared Kushner Just Threw Donald Trump Jr. Under The Bus. Bigly," The Washington Post's Greg Sargent argued that Kushner exhibited "scalpel-like precision" in uncoupling himself from the federal investigation centered on possible collusion between Russia and Trump's campaign during the 2016 presidential election. Basically, Kushner is saying, "Keep me out of this."

In his statement, Kushner mentioned a meeting conducted by his brother-in-law, Donald Jr., on June 9. This meeting reportedly also included former campaign manager Paul Manafort and Russian lawyer Natalia Veselnitskaya, and as shown by an email chain shared by Trump Jr., they were told she would be revealing incriminating information about Hillary Clinton.

According to Kushner, it was normal for both brothers-in-law to visit each other's offices situated in Trump Tower if the occasion necessitated it. Upon reaching the meeting, Kushner reportedly realized that the meeting was about "a ban on U.S. adoptions of Russian children." Kushner said that he realized his time at the reported meeting "was not well-spent."

Later on, Kushner claimed that in order to find a "polite" way to leave the meeting, he apparently texted an unnamed assistant and said, "Can u pls call me on my cell? Need excuse to get out of meeting." Kushner's written statement also claimed that "no part of the meeting I attended included anything about the campaign," and that he possessed "no knowledge of any documents being offered or accepted."

It seems that some observers find the most troubling aspect of Kushner's statement to be how he seemingly denies complicity and collusion on his own behalf, and appears to have "separated" himself from Trump Jr. along with the entire Russian probe.

Through particular phrasing, as this tweet points out, Kushner's statement reads less like a self-reflective statement to the congressional committee and more like a criticism of Trump Jr.