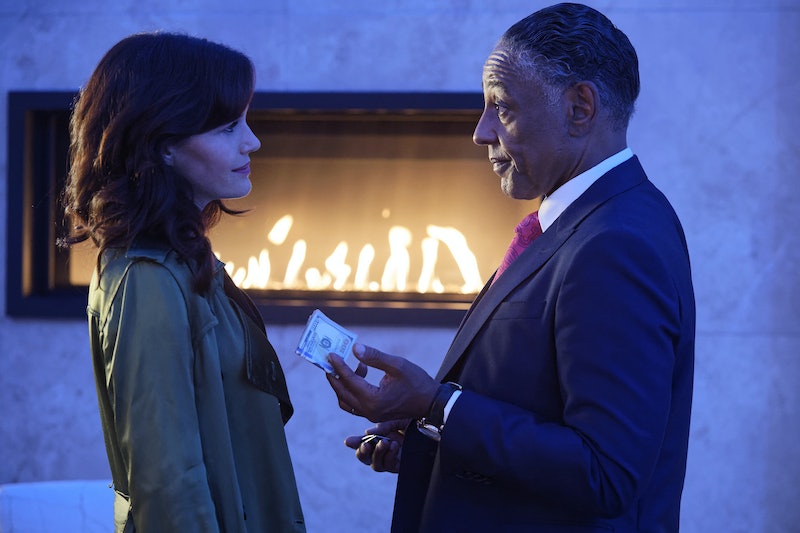 With Jett, Cinemax is throwing its hat in the ring in terms of dramatic, prestige television. Created by Sebastian Gutierrez, the thriller follows a mastermind thief, Daisy “Jett” Kowalski, as a group of criminals force her to do their bidding. Jett isn’t a true story, at least as far as what the cast and creators have said about it, but that just gives it the freedom to have more creative freedom with its story. Jett’s is the kind of premise that lends itself to a wild ride, especially with how crowd-pleasing heist and robbery plots tend to be for viewers.

The trailer below shows Carla Gugino, whom we’re all still extra in love with after that stunning Haunting of Hill House turn, robbing folks blind and having a (mostly) great time doing it. It has what every good heist & robbery project has — glamorous disguises, careful safe-cracking, and thick stacks of cash. These are trademarks that clue everyone in on the journey they’re about to embark on, so Jett is right on track for its target audience. And it’s following in the footsteps of some iconic films: Ocean’s Eight, Widows, the Ocean’s Eleven series,The Italian Job, Heat, Catch Me If You Can, Now You See Me, even National Treasure — we can’t seem to get enough, and the success of the genre made Jett a project worth betting on.

But why are viewers so obsessed with heist movies and shows? Why is the idea of rooting for someone who's doing something so seedy and criminal sometimes so irresistible?

Writer Anne T. Donahue spelled it out pretty well in a piece for Shondaland. Donahue writes that good heist plots mean viewers are "given a chance to watch the art of outsmarting in action, and to take the side of the "bad" guys/gals. And when a character is likeable, and the outsmarting is done well, it’s impossible not to cheer for them and to root against whoever’s trying to ruin everything."

Donahue also suggests that these kinds of characters remind viewers of pieces of themselves they've yet to embrace: "What I like in these heroes (or villains, whatever) are things I’ve yet to fully embrace in myself. Heist movies, then, are a much-needed reminder that it’s OK to be a little calculating, or to dream big, or not to cower in the wake of confrontation," she continued, adding that she means "within reason," and isn't suggesting we all go full Ocean's Eight at our local museum.

It's unclear exactly what Jett's motivations were to begin stealing in the first place, but a lot of these "bad" guys also typically have a backstory that helps to explain their motives. Someone who looks like a cold, unfeeling thief on the surface might be providing for their family, seeking revenge against someone who hurt them, or nursing trauma of their own. Those kinds of stories help remind us that life is complicated, and even though we might not want to go robbing banks or stealing from people, antagonists are often just human beings once you get to know the experiences that formed them.

Viewers also love a good anti-hero, no matter what the genre is — just look at main characters like Don Draper, Selina Meyer, and Walter White who are all strangely beloved despite their misbehavior. A well-written, charismatic thief can be the perfect one to scratch that itch for people.

Gugino seems perfect to be the one audiences want to root for, and she's no stranger to dramatic, thrilling plots. Jett will likely put its own twist on things, but this is one genre that viewers will never skip out on.