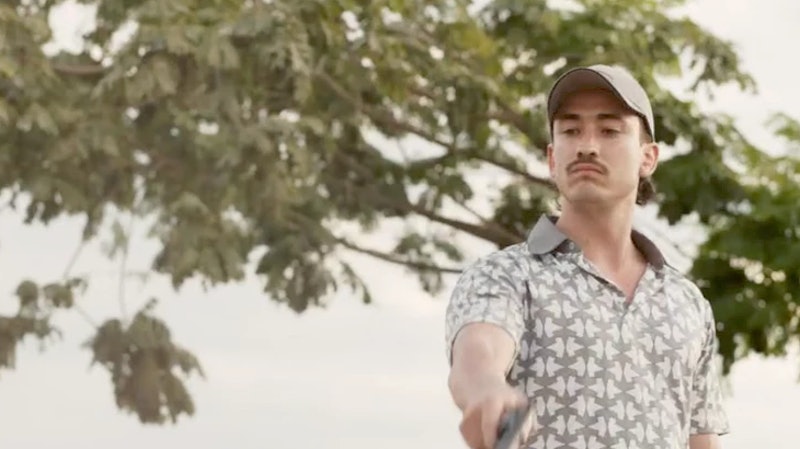 Fans of the Netflix series Narcos may have thought that the show thoroughly covered the story of Colombian drug lord Pablo Escobar from all angles, including the cartels', Escobar's, the American government's, Steve Murphy and Javier Peña's, and so on. But, there is more to real-life narrative than that, according to the streaming site's new series, Surviving Escobar. It looks at the rise of Escobar's drug cartel from the point of view of confessed hitman John Jairo Velásquez. But does Surviving Escobar tell stories inspired by real people and events like Narcos? Is JJ Velásquez from Surviving Escobar a real person?

According to Rolling Stone, Velásquez was the head hitman for the Medellín Cartel. The man, who was nicknamed Popeye by the cartel, served over 20 years in prison for charges related to drug trafficking, the murder of Colombian presidential candidate Luis Carlos Galán, and terrorism. The very real Velásquez is still alive and out of jail as of 2014. He claims to have killed 300 people by himself and to have helped plan the murders of more than 3,000.

Now 55, Velásquez has made a new business out of putting his life of crime is behind him. According to the Rolling Stone piece mentioned above, his experience in the cartel did inspire him to pursue acting. Instead of working as a criminal, Velásquez wants to play one on TV or in the movies. Apparently a film called X Sicario Profesional (which translates to Ex-Professional Assassin) is currently in production. Velásquez, unsurprisingly, plays a former mob hitman.

Velásquez is also putting his actual life story out there with various media. This new Netflix series, in which JJ is played by Juan Pablo Urrego, is based on the hitman's own memoirs. Velásquez released his book, Surviving Pablo Escobar: Popeye the Hitman 23 Years and 3 Months In Prison, in 2015.

He's also become a bonafide social media star. Velásquez's YouTube channel has over 450,000 subscribers, "Popeye Arrepentido," or Remorseful Popeye serves as an outlet for Velásquez to tell his story, atone, make political commentary, and sell some books, too. Though, Velásquez told The New York Times, “It’s not about monetizing my life story but about telling the stories, the things that happened,”

Whether his motivation be reparation or glory, Velásquez's perspective on a notorious story is his to tell. And, the Netflix series inspired by Velásquez's accounts is definitely a drama, not a documentary.