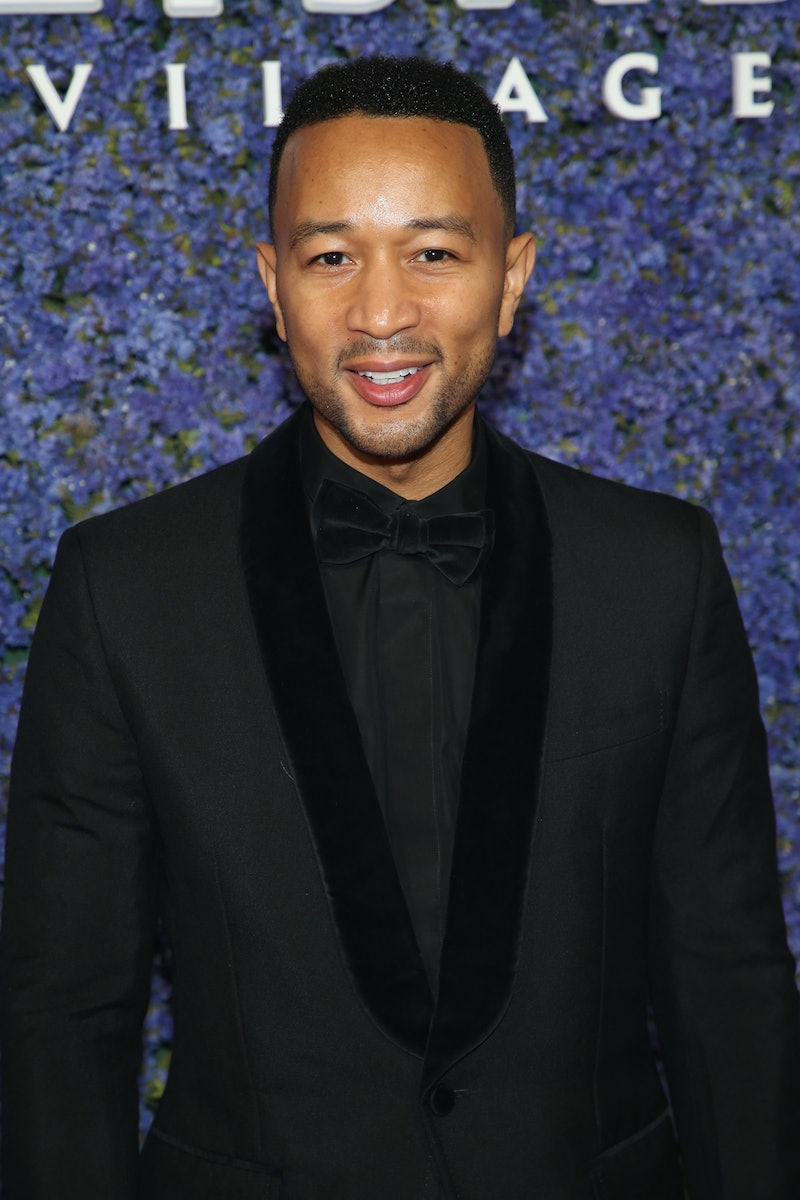 NBC's singing competition show, The Voice, has featured its fair share of celebrity judges. Christina Aguilera, Usher, Shakira, and Gwen Stefani are just a few of the icons who have joined the panel over its 14 completed seasons. It was recently announced that the one and only "All of Me" singer will be joining the coaches for Season 16, but will John Legend appear on Season 15 of The Voice? He's not expected to, but who knows, he may make a guest appearance to warm up his coaching expertise. It wouldn't be the first time he's landed a cameo there.

"I'm thrilled to join the coaches of The Voice. I've been a guest and mentor on the show multiple times, and I'm so excited to discover talented singers and help them make the most of their gift," Legend said in a statement. "I hope the world is ready for #TeamJL." But that's not until next whole season, which is why some viewers might be looking for him this fall. They made the announcement super early.

As if future contestants on the show wouldn't have already fought over Legend's talent and charm as a coach, it's likely that his services will be in even higher demand on Season 16, as he was recently awarded a pretty elite standing within the entertainment industry. Joining the likes of Audrey Hepburn and Andrew Lloyd Webber, Legend became the 15th celebrity to achieve EGOT status — meaning he has received the honor of winning all four major annual American entertainment awards: An Emmy, A Grammy, An Oscar, and a Tony award.

Legend clenched EGOT standing when he was recently awarded an Emmy for his role as a producer for Jesus Christ Superstar Live in Concert. The program was given the award for Best Live Variety Special. His Oscar recognizes the 2015 Best Original Song, "Glory," which was featured in the film Selma. The Tony was awarded in 2017 for his production of August Wilson’s Jitney, which won for Best Revival of a Play, per Variety. And of course, the R&B artist is well decorated in Grammys that date back to 2006.

"John Legend is a one-of-a-kind musician and producer with remarkable skills that are beyond measure,” said Paul Telegdy, President, Alternative and Reality Group, NBC Entertainment. “His multi-dimensional career and incredible talents provide a repertoire that will excite and inspire our artists. This coaching panel is sure to ignite season 16.”

Legend will join long time coaches Blake Shelton, Adam Levine, and Kelly Clarkson on The Voice stage. He will be replacing judge Jennifer Hudson, who appeared in Season 13 and is appearing on the upcoming Season 15. By the looks of it, Legend is excited to hop on board. Season 16 will air in early spring of 2019.

It will be interesting to see what advisers Legend recruits to help him groom his team's talent. It's too bad his wife, Chrissy Teigen, isn't much into music, because she would guarantee an entertaining appearance all together. That aside, it will only be a matter of time before Legend is turning his chair to find the potential winner of The Voice. Who knows, he could end up uncovering another EGOT contender.