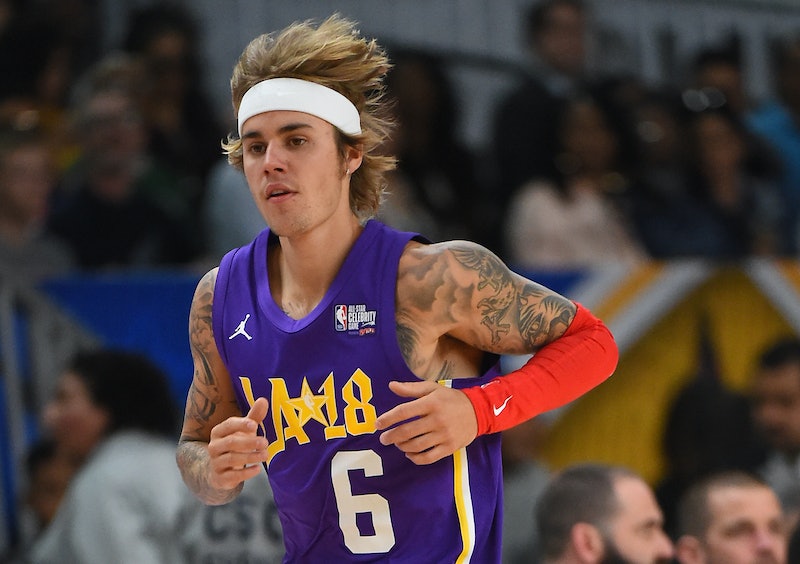 It's a new tattoo — but not really. Justin Bieber got another face tattoo in 2018. PEOPLE reports that he may have gotten the ink in July but it has finally been revealed. The Biebs has kept somewhat of a low social media profile in recent months and did not share any images of the ink upon or after getting it. Rumors about what it was and what it said abounded. Then, in November, Bang Bang NYC celeb tattoo artist Keith McCurdy aka "Bang Bang" told Page Six that The Biebs and wife Hailey Baldwin got couples' tattoos.

At the time, the artist confirmed that "Justin's tattoo is on his face, and I haven't seen any photos of it — so he's doing a good job of laying low." He further and respectfully stated that "I don’t want to give away what it is until press gets a hold of it" and simply shared the tattoo's location, that it was "little words," and that it was "thin and delicate."

Well, this major mystery has now been solved. Fellow Bang Bang NYC artist Jonathan Valena aka "JonBoy" posted a clear shot of Bieber's facial tattoo on his Instagram on New Year's Day. It's the word "Grace" spelled out in lowercase and in soft script. It spills across the upper and outer corner of Bieber's right eyebrow.

The caption was more about JonBoy's reflection on 2018 and his faith — but the image was all about JB, who pulled a Post Malone with this tattoo.

There it is. It is indeed thin, delicate, and sorta blends into his eyebrow. He may even be able to conceal it if he so desires. While The Biebs has been photographed in recent months, the tattoo is not that easy to see unless it's a closeup. E! points out that it's not clear who actually did the tattoo. McCurdy spoke about the ink back in November yet JonBoy posted it. Those details aside, it's finally a clear shot of Bieber's latest face art.

The brow tattoo is not the only facial real estate that Bieber has had inked. He has another tiny face tattoo. He has a mini cross tattooed on the outer bottom corner of his left eye. E! reports that JonBoy was responsible for that etching.

The "other face tattoo" is so micro that Beliebers may have forgotten about it. There is a symmetry to these inkings. Both are located on the outer area of each of his eyes and both have roots in Bieber's Christian faith, as well.

The Biebs shared this shot of his new dog Oscar over the holidays. He showed off his copious chest and arm tattoos, as well. PEOPLE also reports that Bieber has over 60 tattoos in total.

The Biebs has been building his tattoo collection for years. He is rocking full sleeves at this point.

You get a look at some of his inner arm and smaller pieces from this vantage point.

The front his legs are bare — for now.

Here's another look at his arm ink.

Bieber also has neck tattoos. In addition to the piece on the back of his neck, the word "Patience" runs down the length and side of his neck.

Clearly, Bieber enjoys collecting tattoos. Hopefully, he will post an image of the "Grace" tat on his own Insta sooner than later. Since Beliebers are naturally curious about it, perhaps he will share some insight into the meaning if he chooses.