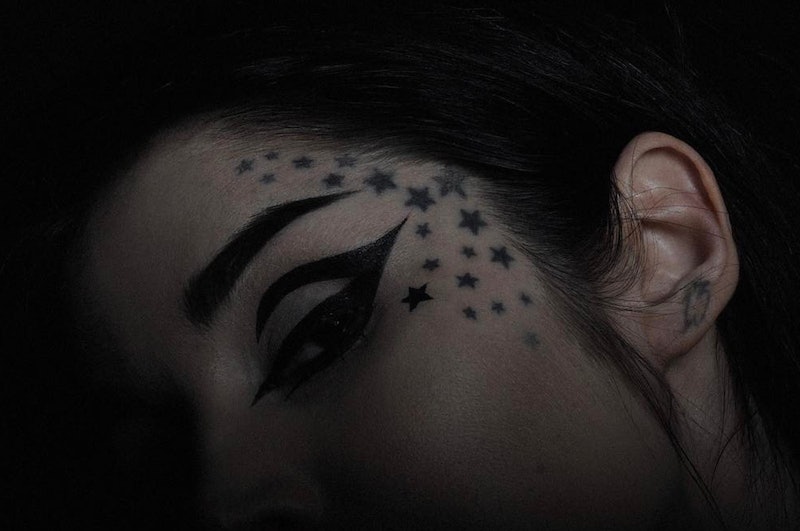 Kat Von D Beauty fans — I call them Kat Von D-evotees, based on their ardent passion for the products — are a dedicated bunch. So let me start with a warning. DO NOT FREAK OUT because Kat Von D is testing out a new formula for her best-selling and beloved Tattoo Liner, a fact she revealed via a post on her personal Instagram.

Back when the beloved Lock-it Foundation got a packaging makeover, the brand's fearless leader had to reiterate multiple times that the formula would not be tinkered with. The prospect of change struck fear in the hearts of KVD fans, hence my warning not to panic! Everyone calm down. Don't lose your damn minds.

But let's discuss the critical issue at hand — how is the Kat Von D changing the Tattoo eyeliner?

Von D confirmed she is testing new formulations of the Tattoo Liner — plural. She is trying different things and looking to craft, and I quote, "a bullet-proof, long wear, super-matte version of #TattooLiner."

Let's break down that statement. She is testing different formulas for longer wear and a more matte texture. Those are two very good things. Von D also says for a "version." That sounds like she could be creating an additional version of the Tattoo liner, rather than replacing the current version.

But even if she is totally updating the current edition, she wants to make worthwhile improvements regarding how long the liner lasts and how matte it is.

I personally think KVD may create a V 2.0 of the liner, based on her statement. But let's not go ham over it. This is just a testing phase and who knows what the end result will be. But based on that maj wing, it looks pretty awesome.

One Insta commenter summed up why this news might whip fans up into a tizzy: "Can't imagine how the tattoo liner could get better tbh." That's #truth. I use it all the time and it's pretty amazing. I love it as is, because it really creates a cat-eye flick and works wonders. However, I am still game for an upgraded or new version.