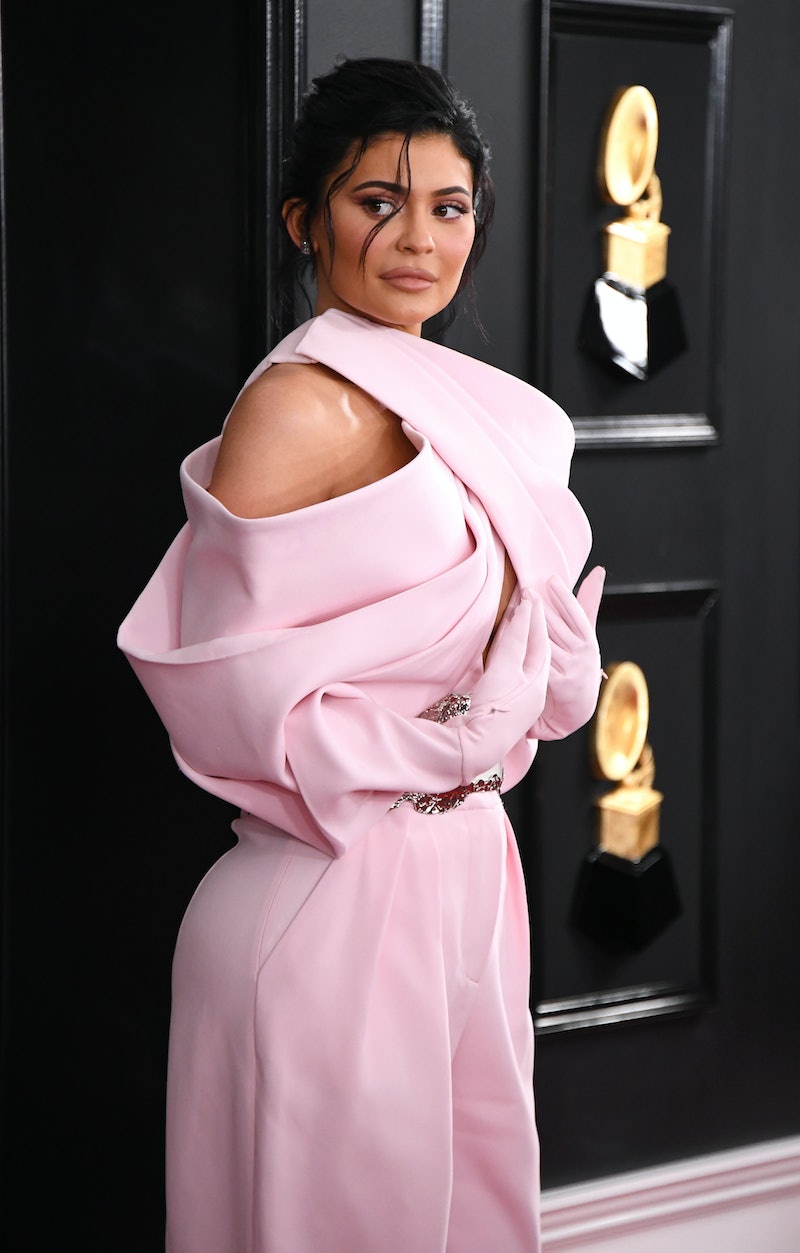 Although many view celebrities as larger than life, they come back to planet earth as soon as stars turn into parents. As a way to show love for her 15-month-old baby girl, Kylie Jenner just got a super cute Stormi tattoo. After sharing her extensive skin care routine using her new Kylie Skin product line throughout her Instagram Stories, Kylie shared a short clip displaying her new tattoo on May 16. The makeup mogul’s new body art reads “STORMI” in small capital letters and appears right above her elbow.

One of Kylie’s close friends, Anastasia “Stassie” Karanikolaou also made a cameo appearance in the clip, rocking a matching tattoo on her own tricep.

“Stop showing it,” Karanikolaou tells Kylie in the clip, while Kylie captioned the video “That elbow scab.”

Kylie hasn’t officially stated who gave her the new body ink, but there’s speculation celebrity tattoo artist JonBoy has something to do with it. The tattooer attended Travis Scott’s 28th birthday bash and JonBoy posted a photo of Karanikolaou's Stormi tattoo. At the time of the party, however, Kylie had only shared a video of herself getting tattooed, but her recent Instagram Story with Karanikolaou confirms the two besties went out of their way to match. Needless to say, Stormi has a lot of love to go around.

Karanikolaou is one of the few pals Kylie consistently posts on her Intsagram, and the YouTuber has even attended Kylie's baby shower before Stormi was even more, which now totally warrants this sweet arm tattoo.

This isn't the first of Kylie's permanent displays of affection. In fact, the beauty mogul has six other tattoos, according to Glamour, making the one honoring her daughter lucky number seven.

Many of Kylie's tattoos are placed on the least visible parts of her body, but hold the most meaning. The makeup and skin guru has a red tattoo of her grandmother's name, Mary Jo (and also the name of one of her iconic bold red lip kits) that is written in her grandfather's handwriting.

Kylie also shares a tattoo of a red "M" with former friend Jordyn Woods that's placed on the inner side of their pinky fingers and a single red heart on the back of her right arm.

In addition to these meaningful and minimalist tattoos, the beauty star also has a butterfly tattoo, which according to Glamour, it's one that she shares with boyfriend Travis Scott.

Tattoos, though, aren't the only permanent way Kylie intends to display her affection for her daughter. The beauty entrepreneur has reportedly trademarked the name Kylie Baby according to TMZ.

In the line, Kylie will allegedly be offering items such as baby furniture including cribs, bouncers, changing tables, and baby walkers. Additionally, mothers and mothers-to-be will possibly have access to other baby-friendly items like swaddling blankets, linens, and crib jumpers.

Kylie has never spoken about what prompts her to get meaningful tattoos or dedicate entire makeup collections to her baby, but the sentiment she has for her only child is something that will live on whether it's through a small tattoo or an entire baby line.

More like this
Early 2000s-Era Rhinestone Tattoos Are Back, Baby
By Jordan Murray
12 Absolutely Angelic Cherub Tattoo Designs
By Paris Giles
This Week’s New Makeup Releases & More Beauty Headlines
By Audrey Noble and Erin Stovall
PillowtalkDerm Is Here — & Your Dark Spots Are Shaking
By Faith Xue
Get Even More From Bustle — Sign Up For The Newsletter