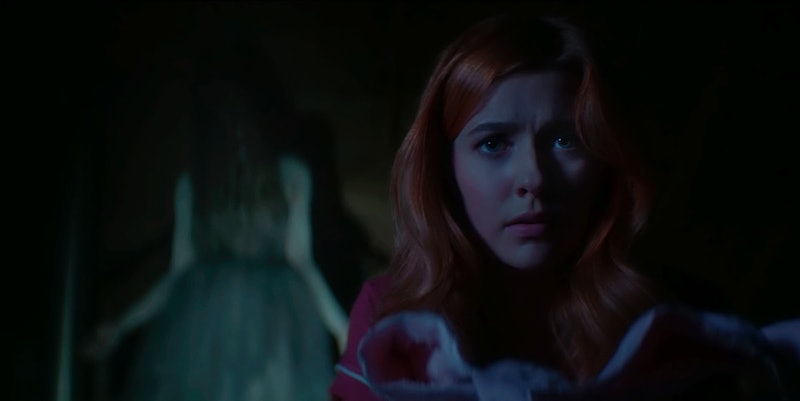 In the first episode of the CW's Nancy Drew, viewers are immediately introduced to the mystery of Dead Lucy. According to town lore, Lucy Sable, also known as "Horseshoe Bay's most infamous Sea Queen," dies just hours after being crowned and many people believe that Lucy's ghost is still haunting the town. New fans hoping to skip to the ending and figure out how Lucy and Nancy Drew's stories connect in the series are out of luck, though, as Lucy Sable isn't in the Nancy Drew books at all and is in fact an original character created especially for the TV series.

Nancy Drew producers revealed during a July 2019 panel at Comic Con International in San Diego that they had no plans to directly adapt the books upon which the show is based for the small screen. Instead, they said that they planned to present an "inverted" version of the beloved YA series so that it was "reinvented for the post-Riverdale generation for viewers." With that in mind, it seems safe to assume that most of the characters and events we see on screen will be totally new, which gives writers a lot of freedom when it comes to the stories they tell.

According to her gravestone, Lucy fell to her death off the edge of a cliff in the year 2000 at only 17 years old. And now she's haunting Nancy, resulting in some super creepy jump scares. Nancy is of course also investigating the murder of socialite Tiffany Hudson, who is mysteriously killed in the pilot. Given that Nancy and her friends are all suspects in the murder, proving their innocence — not to mention the true identity of the guilty party — it's really not the greatest time for her to be tracking down a ghost. Nancy is torn between believing that she's losing her mind and that Lucy's ghost might have been responsible for Tiffany's murder. She's also starting to suspect that her own father might have had something to with Lucy's fall all those years ago.

While Nancy doesn't exactly believe in ghosts, she begins to reconsider that stance when she sees a reflection of herself, complete with Dead Lucy's Sea Queen crown atop her head, in the reflection of a shop window. She later discovers a bloody dress along with a cryptic note about Lucy's murder in the attic of her house, which is why she thinks her dad might have something to do with it.

As Lucy seems to be haunting Nancy pretty intensely, it's likely she'll be popping up when Nancy expects it the least all season, so if you're afraid fo ghosts, this might not be the show for you.

The mystery surrounding Dead Lucy is only to get a whole lot creepier before it gets even close to being solved. However, if there's anyone that has the courage and smarts to figure it out, it's Nancy. Hopefully she can do it before anyone else in town loses their life.

More like this
Everything To Know About The 'Daisy Jones & The Six' TV Series
By Maxine Harrison and Brad Witter
The Song At The End Of 'The Last Of Us' Ep 1 Has A Deeper Meaning
By Sophie McEvoy
'Mayfair Witches' Already Changed 2 Major Characters From The Books
By Grace Wehniainen
Channing Tatum Wants To Remake This Iconic '90s Film
By Darshita Goyal
Get Even More From Bustle — Sign Up For The Newsletter
From hair trends to relationship advice, our daily newsletter has everything you need to sound like a person who’s on TikTok, even if you aren’t.