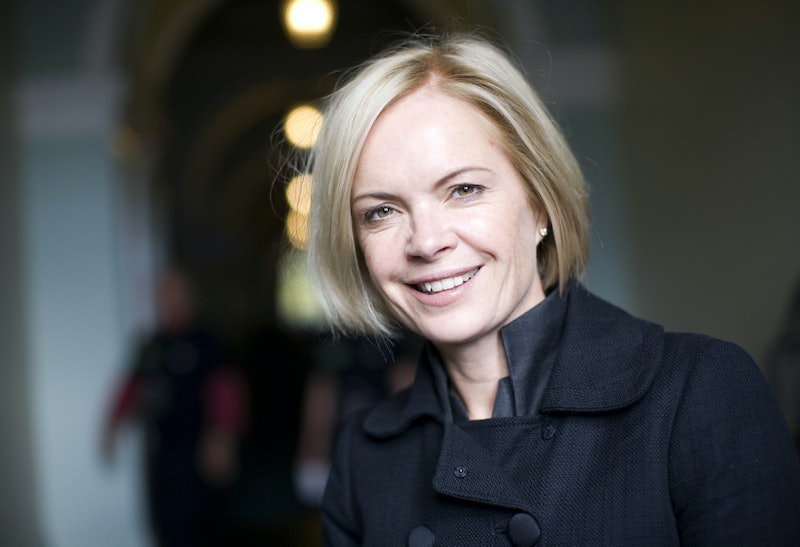 Sadly, there aren't that many veteran broadcast journalists who also happen to be women. Mariella Frostrup has stood the test of time, being much loved for not only her the voice that comes across through her writing, but also her distinct speaking voice (guys, she is the voice on the Tube). Proud feminist Frostrup has lived a life far more interesting than most, and is able to engage the general public with ease. Keeping a busy media career on the go while also having a relationship is notoriously hard work, but has she cracked it? Is Mariella Frostrup married?

Well, yes she is. As the Independent reports, Frostrup is married human rights lawyer Jason McCue, who she met while in Nepal. The couple have gone on to have two kids, Molly and Danny, the Telegraph reports, and the family live in a downright gorgeous home in Somerset.

Speaking to the Times about their idyllic home, Frostrup described her home as being absolutely idyllic:

"It's not the biggest property, nor the most practical in terms of space, but all I can see is the river, trees and our garden. The beauty of it is that we’re in our own little world."

Frostrup has written for multiple periodicals, works as an agony aunt for the Guardian, and has appeared on TV as a host and as herself (including one very funny cameo on Absolutely Fabulous). She is also an avid reader and book lover, which I am sure contributes to her excellent abilities as a book critic. Speaking to the Evening Standard about the process of writing, Frostrup said:

"Writers want to talk. They can't wait to tell you what they've been thinking. And because they've been in solitude, they've had some fairly decent thoughts."

And good writing seems to run Frostrup's family, as her father is the former foreign editor of the Irish Times, according to the Telegraph. Frostrup moved with her family from her native Norway to Ireland and then to London after the sad passing of her father.

Frostrup's presenting career spanned countless iconic TV shows including Panorama and Frostrup on Sunday, reports The Sun. And her current BBC radio show, Books To Live By, is a must for any book worms

Frostrup has been a proud feminist since the get go and, in 2010, she set up the Gender Rights And Equality Action Trust. The trust describes itself as an "advocacy organisation working to drive gender equality worldwide."

And, more recently, Frostrup has been talking openly about menopause and opening a dialogue for those going through it. Her TV special The Truth About...The Menopause was a huge hit and is sure to have helped many women who didn't feel confident to discuss it.

Frostrup's latest TV hosting gig however is on Celebrity Painting Challenge, which will put celebrities' artistic abilities to the test. Including one sure-to-be-LOL challenge that includes life drawing with the hilarious Keith Allen as the subject.