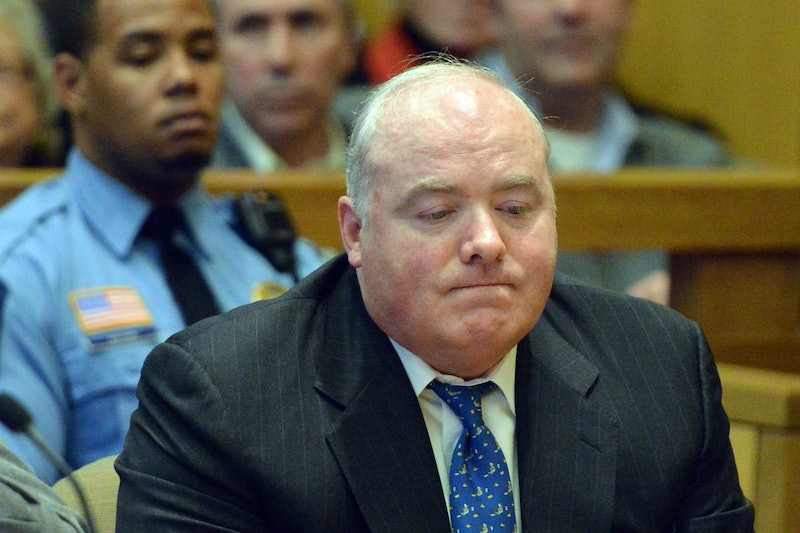 The family of a girl murdered in 1975 are still looking for answers, and Oxygen is trying to help. The new series Murder and Justice: The Case of Martha Moxley examines the evidence of the crime to try to close the case once and for all. For a while in the early 2000s, it seemed like the case had been solved. But there have been a ton of twists along the way and the original main suspect Michael Skakel is no longer in prison.

According to Oxygen, the case goes like this: In October 1975, 15-year-old Martha Moxley was found dead on her property in Connecticut. Her case went unsolved for 23 years until Moxley's neighbor Skakel (who was also a Kennedy cousin) was arrested and later convicted in 2002. AP News reported that Skakel became a suspect in part because his mother had owned the golf club that Moxley had been killed with.

People magazine reported that Skakel has long claimed he was innocent, and AP News reported that Skakel claimed to have been watching TV (specifically a Monty Python episode) at his cousin's house when the crime took place. Skakel's alleged alibi ended up becoming enormously important for his case.

After 11 years in prison and multiple attempts to appeal, Skakel's conviction was overturned in 2013, according to AP News. He was then released from prison on a $1.2 million bail while the state appealed that decision. In 2016, the Connecticut Supreme Court reversed the decision, stating that Skakel's conviction should stand. But that wasn't the last of the twists and turns.

AP News reported that one of the Connecticut Supreme Court justices retired shortly after the 2016 decision, so Skakel's team got the court to reconsider the outcome. They then came to the conclusion that the conviction overturning was valid. The new replacement justice agreed with the premise in Skakel's appeal that Skakel had been owed a more thorough search for witnesses who could confirm his alleged alibi.

If all that back and forth is leaving you wondering where Skakel is now, the answer is still not in prison. According to the Stamford Advocate, his case went all the way to the Supreme Court, with the state trying to reverse the overturned conviction again. But the Advocate reported that the Supreme Court declined to review the case in January 2019, which means that Skakel's overturned conviction will stand, at least for now. The Advocate said that the state could decide to retry Skakel again, but it's now been nearly 45 years that this case has dragged on, and "the passage of time has compromised [the prosecution's] potential witness list."

Barring the decision to retry Skakel, he will remain out of prison, although the Samford Advocate did note that Skakel was not exonerated. His conviction was just overturned, and he likely would have been out on parole by now anyway because so many years have passed. And all these years later, the Moxley family is still waiting for some kind of justice for Martha.

Murder and Justice: The Case of Martha Moxley is a three-night event with part two airing Saturday, June 22 at 7 p.m. ET/PT on Oxygen.