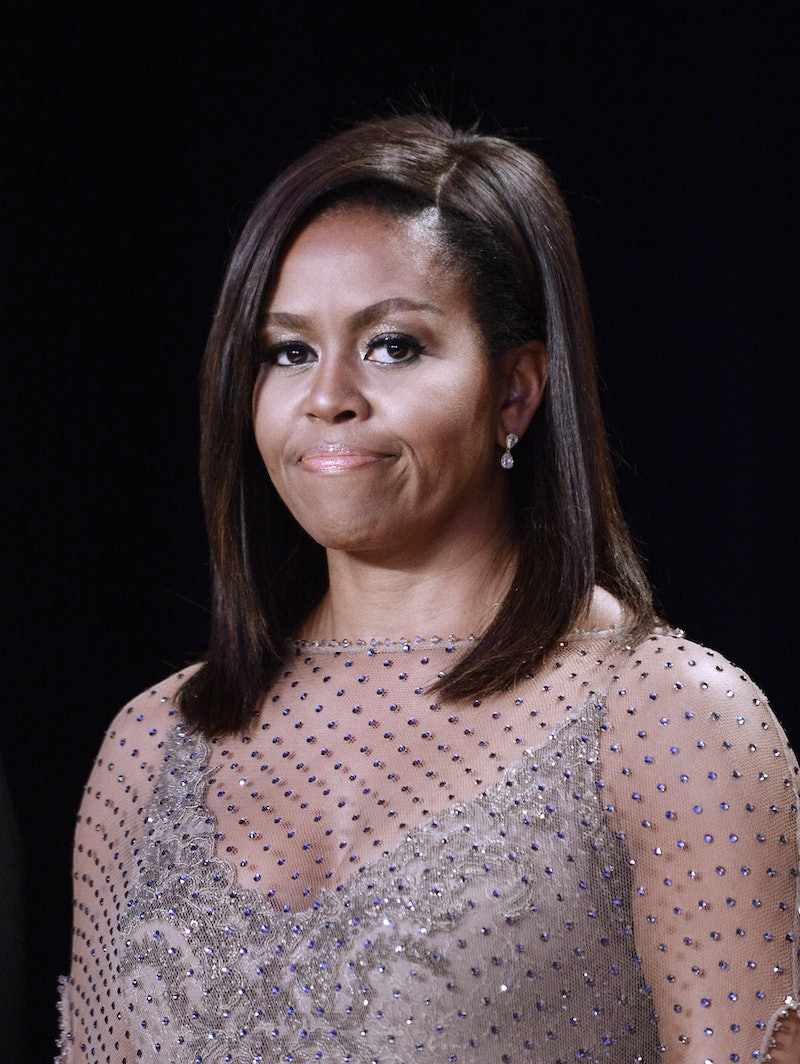 In February, President Trump announced via Twitter that he wouldn't be in attendance at the event. He declared, "I will not be attending the White House Correspondents' Association Dinner this year. Please wish everyone well and have a great evening!" A number of prominent media outlets are also not hosting or participating in the usual festivities for the dinner, including staple organizations like Bloomberg, Vanity Fair, the New Yorker, and People.

It's not a complete shock that Trump would avoid an event centered around him having to come face-to-face with the press, especially after he called major news media organizations "the enemy of the American People (sic)," among other insults.

Trump is also known to not take too kindly to even the lightest of criticism — a direct conflict with the event since the dinner is centered around a roast of the president. And considering that that roast will be lead by comedian and correspondent for The Daily Show, Hasan Minhaj, a man who comes from a Muslim family, he'll likely have an especially personal handful of words for the president who promised "extreme vetting" on Muslim immigrants and has been forceful on pursuing his travel ban that specifically targets majority Muslim countries.

Seeing as the honoree won't be there, it's unlikely the former first lady would make an effort to make an appearance, especially since she's been attending the event for nearly a decade.

However, Obama hasn't shied away from some unexpected appearances. During her tenure as first lady, she participated in some unconventional events, like joining up with Billy On The Street's Billy Eichner and Big Bird to promote healthy eating.

Moreover, she's surprised herself before about being ready to throw in the towel. In an interview on The Tonight Show with Jimmy Fallon, Obama made a final confession before leaving her post as first lady for good. She told Fallon, "I didn’t think that it was gonna be that emotional because it’s like, 'Yeah, we’re ready. We’re good, we’re good. We’re ready to go. It’s been eight years. Eight years is enough. We’re packing up.'... But no, it has been surprisingly emotional for all of us in ways that we didn’t expect.”