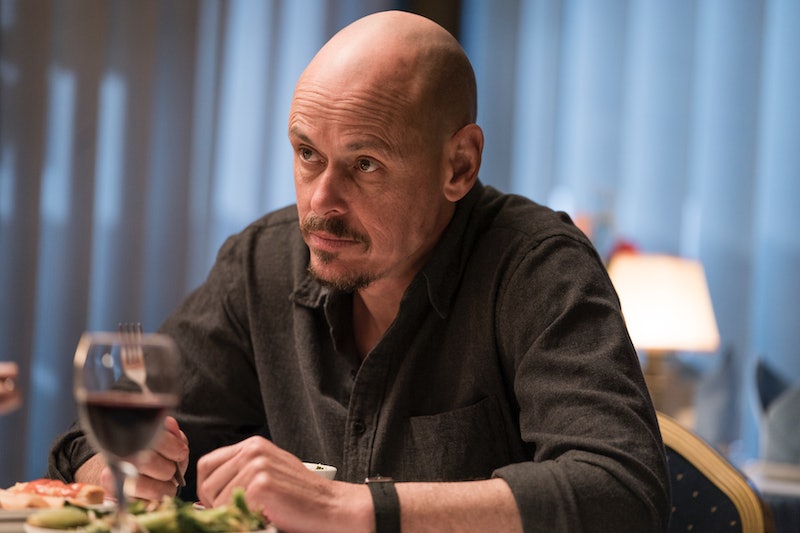 Most television shows these days have recognizable faces, created by established television vets who have worked on dozens of other shows. Most shows use the pedigree of the cast or crew to entice viewers to tune in, but Mr. Inbetween doesn't have that, especially not in America. The Australian tv show Mr. Inbetween is based on a cult classic film called The Magician, that most Americans likely have not seen. The show's debut on FX on September 25 will mark the American television debut of Mr. Inbetween creator, star, and writer Scott Ryan — and also his very first acting role since the his acting debut in The Magician.

Scott Ryan's IMDB page is incredibly sparse for someone who is the star and primary creative force behind a new show on one of television's most popular networks. In the 13 years that passed between the release of The Magician and the release of Mr. Inbetween, Ryan did not take any other acting or film work. So what was he doing for the decade prior to resurrecting Ray Shoesmith, the hitman at the center of The Magician and Mr. Inbetween?

According to an interview with The Sydney Morning Herald, Ryan has been driving a cab.

The film The Magician introduces audiences to Ray Shoesmith, played by Ryan, in a much different manner than people will be seeing him in Mr. Inbetween. While Mr. Inbetween is a more traditional drama, The Magician was a mockumentary that featured Ray speaking directly to the audience about this life as a hitman. Mr. Inbetween takes the core of The Magician and extends the film's world beyond what was seen, showcasing a new side of Ray Shoesmith and introducing fans to parts of his life that had only previously been mentioned. Ryan told the Herald that he believed that "The film didn't do [Ray] justice ... [In Mr. Inbetween,] you're going to see the other part of his life – his daughter, his girlfriend, his wife – so you get a better picture of who he is."

It's been a long time since Ryan had gotten the opportunity to revisit the film told the film, but not for a lack of trying. Ryan told the Herald that after failing to find work in the entertainment industry following the release of The Magician he'd "completely given up on everything." He added, "No more film, no more TV, no more writing." Ryan's experience with the entertainment industry may have left him bitter, but time clearly worked out in his favor.

Mr. Inbetween is a step up from The Magician, production-wise, as the film didn't even have a professional film crew. At a Television Critic's Association event, Ryan shared that The Magician was made when he was a film student, and as such "there was no crew and no professional actors. So [having that on Mr. Inbetween] was a first," per Deadline. The continued misadventures of Ray Shoesmith will surely be entertaining for viewers, but Mr. Inbetween may be the rare show whose behind-the-scenes cab-driver-to-TV-creator story is even more interesting than the show itself.