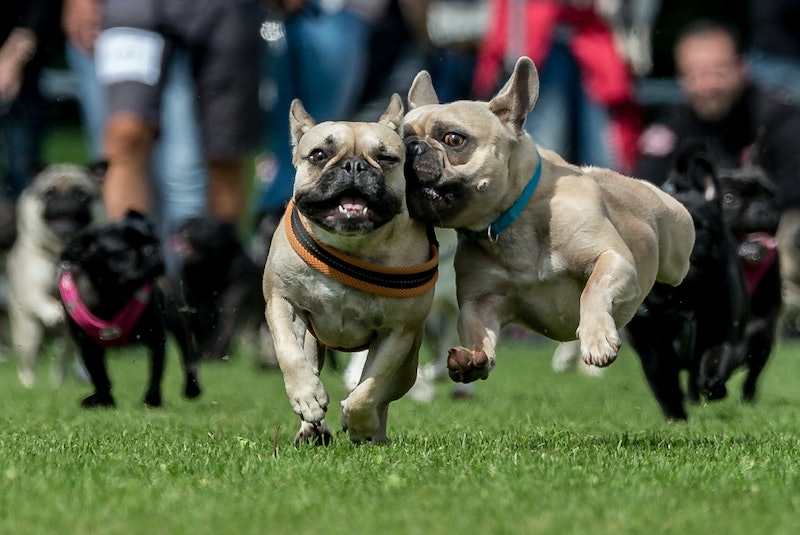 Owners of puppies, good boys, and hound dogs rejoice: It's now been categorically proven that dogs actually do possess self-awareness, thanks to a new "mirror test" involving their sense of smell. Self-awareness involves recognizing yourself - which seems rather basic, but actually doesn't develop in humans until they're 1 or older. Up to this point, dogs have "failed" conventional tests of self-awareness, but a new measurement just for them has found that dogs can recognize themselves — and that when you ask them if they're a good boy, they're internally responding with a resounding "YES."

In humans or other animals, self-awareness is measured via something called the "mirror test." Scientists take a mirror, show animals (or children) their own image, and then change something subtle about the image to see what the subject will do do. Often that might take the form of changing their appearance, via a dye or an accessory; they can't necessarily feel or detect it in any other way except through the mirror image. If the animal or child then starts to look at their own body to find the thing that's changed, it shows that they're aware that the thing they're seeing is in fact them, and that they're conscious of their own selfhood.

The new test, concocted by scientists at Barnard College, uses odor testing rather than sight. Dogs were "shown" their own odors, and then something subtle was changed about the smell sample. When the dogs in the experiment were given this shifted smell sample, they were fascinated and kept smelling it and themselves — indicating that they could recognize the smell as "theirs," suggesting their awareness of their sense of self. They can distinguish between their own scents and those of other dogs, even in strange contexts, and spend a lot longer smelling the scents of strange canines than their own smell (because they know it's theirs, and it's far less interesting than what a strange Great Dane ate this morning).

This has interesting implications for animal behavior psychology. Animals who've passed the mirror test tend to go on to use mirrors in odd and charming ways. According to Scientific American, Asian elephants use them to investigate their own mouths, and some monkeys do complex, convoluted movements just for the pleasure of watching themselves (which is called "the Groucho stage"). What it means for dog training and how we understand dog intelligence remains to be seen. For now, though, you can be assured that your canine knows perfectly well that they are a creature called Sir Huxtable Fido Flufftum III — even if they choose to ignore you when you yell it at the top of your lungs.