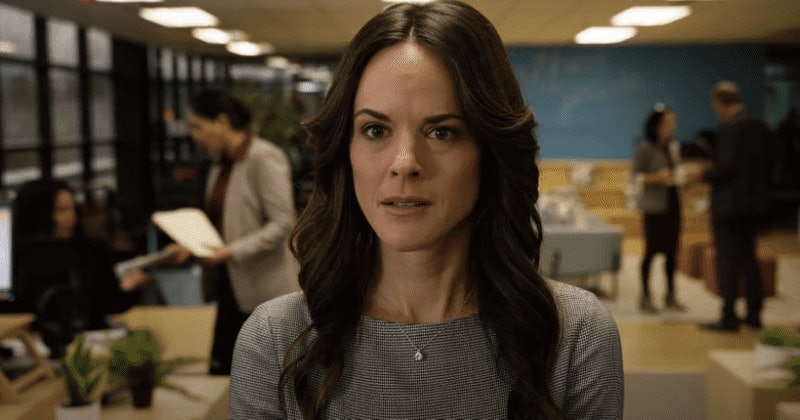 It's hard to believe it, but the phenomenon known as the Lifetime Original Movie is 30-years-old. These melodramas, teen pregnancy stories, and murder mystery thrillers are celebrating their birthday with a summer-long movie fest on the Lifetime Network that kicks off this weekend. On Sunday May 31, Lifetime will air a new thriller called My Husband's Deadly Past. With Lifetime's reputation for turning any real life scandal into a movie, you micht be wondering: Is My Husband's Deadly Past based on a true story?

As Lifetime's official synopsis of the movie details, "Mackenzie Croft (Sara Butler) is haunted by visions that suggest she killed a missing co-ed. She later discovers that has psychiatrist husband, Otto Croft (Peter Benson), has manipulated her memory to hide his own role in the murder." Hypnosis has certainly played a role in a number of murder cases throughout history, but My Husband's Deadly Past doesn't appear to be based on any particular true story. Rather, the movie is just a creation of the imagination of screenwriter Paul A. Birkett, who also wrote the gems Ghost Shark, Arachnoquake, and Ice Twisters.

The plot also includes a potential new love interest named Hugh (Brendon Zub), a "Good Samaritan" who finds Mackenzie in a trance in the middle of a suicide attempt. Mackenzie and Otto also have a daughter, Jordan (Madelyn Grace) who starts becoming suspicious of her father — until he hypnotizes her as well. The synopsis continues "While running from the police, [Mackenzie] is hit by a car, leading to total recall and the realization that Otto was having an affair with the dead girl. He killed her in front of Mackenzie, and used hypnosis to induce his wife’s amnesia. With time running out and the authorities closing in, Mackenzie must confront Otto directly in order to save her daughter and prove her innocence."

And as The Futon Critic details, Lifetime's summer of celebration will re-air some of the network's most famous guilty pleasure movies. The network invites you to "get nostalgic," and revisit some of the old favorites, like like 1998's Fifteen & Pregnant with Kirsten Dunst, or 1994's Death of a Cheerleader with Tori Spelling. The Lifetime Original Movie first launched in 1990 with Memories of a Murder, a movie that actually sounds like it has a lot in common with My Husband's Deadly Past, particularly when it comes to hypnosis and amnesia.

My Husband's Deadly Past certainly sounds like it lives up to the grand tradition of the Lifetime Original Movie.