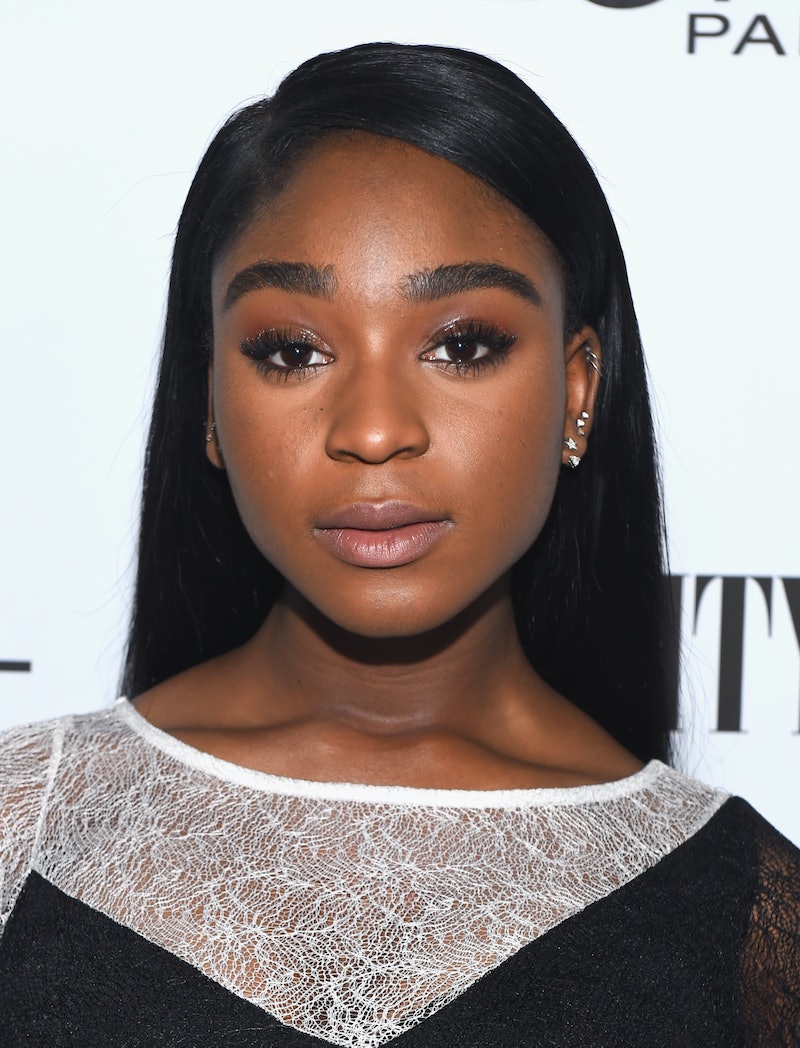 Is it just me or is Season 24 of Dancing With the Stars one of the best yet? Fans of the dance competition show have a lot to look forward to this season because it seems like the powers-that-be are starting to finally take the "stars" part of the title a little bit more seriously. One competitor that fans will surely be rooting hard for this DWTS season is Normani Kordei from Fifth Harmony. The stunning singer is partnered up with heartthrob Val Chmerkovskiy, so people will likely be wondering if Normani Kordei is single.

A rep for the star said that she isn't dating anyone currently, and there are already rumors that she and her DWTS could strike up a romance. One of Chmerkovskiy's well-known methods of winning is to enter into a showmance to create a sense of chemistry and get fan attention. Additionally, Chmerkovskiy is currently single himself. E! News reported that he and his girlfriend Amber Rose recently called it quits after five months of dating (she was Chmerkovskiy brother's partner on the show), so the door is wide open for a blossoming new romance to come out of this pairing. Fans definitely seem to be into this duo as a couple if Instagram comments on photos of them together are to be believed.

The duo definitely seems to have struck up a tight friendship during their time rehearsing for Dancing With the Stars. They will also be getting even closer because according to US Weekly, Kordei will be touring Asia with Fifth Harmony for the first four weeks of the dance competition and Chmerkovskiy will be with her. They will be touring Tokyo, Osaka, Shanghai, Malaysia and Singapore while simultaneously flying back for live performances on Dancing With the Stars. That amount of time together could certainly be a catalyst to strike up something more than a professional relationship.

So, for the moment, Kordei is single. But it won't be long before fans are clamoring for a Kordei/Chmerkovskiy 'ship name.

More like this
The Ultimate Guide To 'DWTS' Season 31’s Move To Streaming On Disney+
By Brad Witter
Teresa Giudice Flipped A Table — Again —  On The 'DWTS' Season 31 Premiere
By Jake Viswanath
Jason Derulo Is Launching A New Singing Show In The UK
By Maxine Harrison
18 Years After 'American' Idol, Jennifer Hudson & Simon Cowell Reunited On Her Talk Show
By Radhika Menon
Get Even More From Bustle — Sign Up For The Newsletter