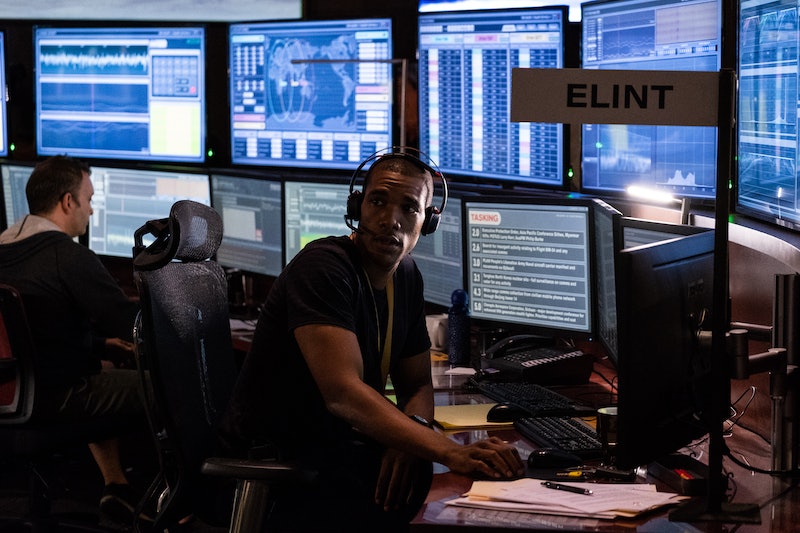 Australian military thriller series Pine Gap arrives on Netflix Dec. 7, which imagines the events that may occur within the mysterious Pine Gap defense facility, which is shared by the Australian and American governments and is involved in running surveillance on important figures around the world. While the implications of a discrete desert location able to monitor the world is scary, the events of Pine Gap are fictionalized — likely because the goings-on of the real Pine Gap facility are so secretive that it is not entirely known what happens inside the facility.

In an interview with the Sydney Morning Herald, producer Felicity Packard explained that "[Pine Gap is] a real place but so little is known about it, it just gave us a wonderful opportunity to explore something while keeping it real." The show uses the mystery of the Pine Gap facility to tell an original story about what happens when the technology that nations count on to keep them safe suffer the failings that all technology suffers from — in the instance of Pine Gap, malicious malware that's been installed by someone with access to the facility.

Packard also explains that the show confronts how working in national security changes people, specifically people she knows who became involved at Pine Gap. "Some of them I'm not friends with now — even pre-Pine Gap — because when you join that world, the secrecy requirements are such that it's very difficult to maintain ordinary relationships with people outside of that world. And I was very interested in that."

While the events that occur in Pine Gap are fairly secretive, that doesn't mean that the Pine Gap show is completely without some realistic elements. The Guardian reports that the show has David Rosenberg, a 23-year veteran of the US who worked at Pine Gap for 18 years, on set as a consultant for the series to ensure that the look of the set and the sound of the dialogue is accurate to his time at the facility. Show creator Greg Haddrick explained to The Guardian that while the show does attempt to imagine the secrets of Pine Gap, "The show is not anti-Pine Gap." Haddrick hopes that Pine Gap "will allow some people’s eyes to be opened about where Australia sits in that world, and how we as a nation gather the intelligence we need for our own best interests."

As for the truth about where Australia's place in the world is, it may be much more closely aligned with America than some audiences may have known. The Australian Broadcasting Company reports that leaked documents from the US National Security Agency indicate that Pine Gap intelligence has been used by the United States, including "detailed geolocation intelligence" that was used to locate targets for special forces intervention or even drone strikes.

So, while the events of Pine Gap are fictional, the power that the secretive military intelligence facility is shown to have in the series could be frighteningly accurate.