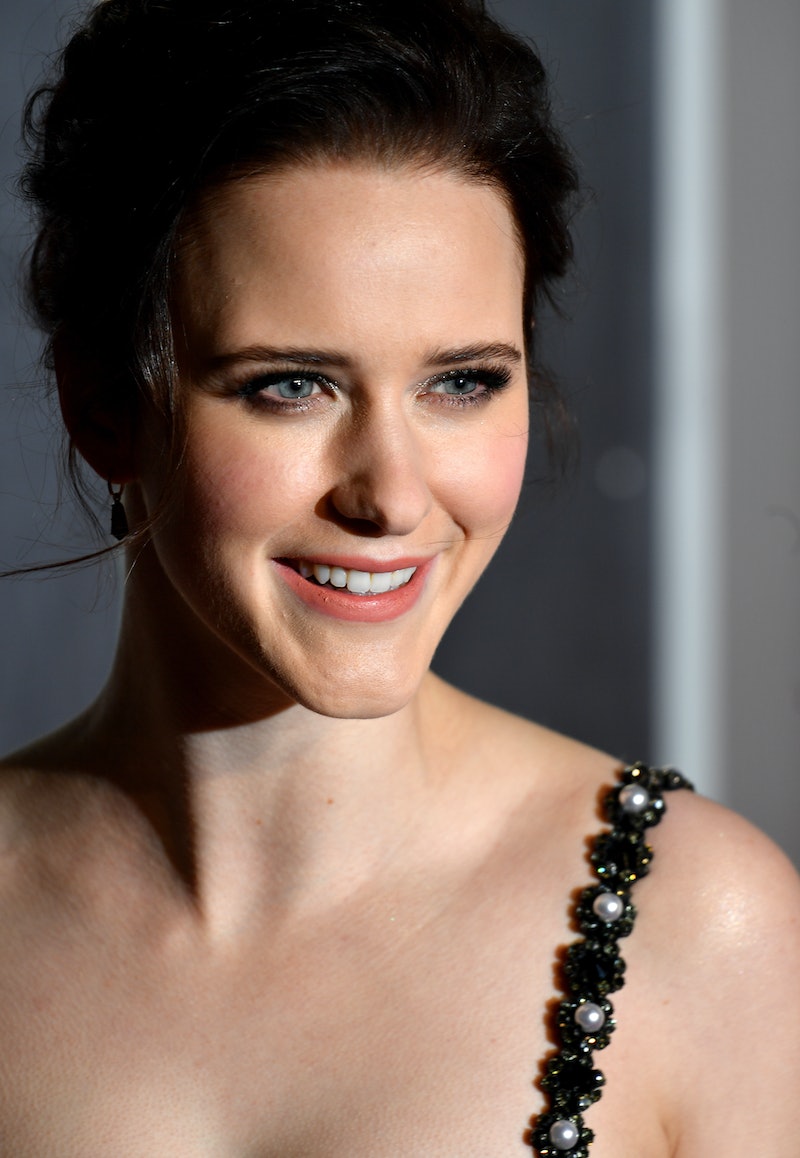 When fans get comfortable seeing their favorite celebrities rocking their most noteworthy look, it can be jarring when stars even make a simple hair change. Case and point: Rachel Brosnahan just ditched her jet-black hair for a blond look. And she’s having all the fun that comes with a new ‘do.

Fans who have followed Brosnahan’s performance on the Amazon Prime Video series The Marvelous Mrs. Maisel have known the actor for her deep dark hair. Despite the awesome contrast of her dark hair to fair skin, she’s dyed her hair a sandy blond.

Makeup artist Lisa Haron shared the photo of Brosnahan’s drastic dye job on Instagram, captioning the photo with “Blond” next to a bomb emoji. The actor posed for an up-close photo in her new blond ‘do that was pulled back. She rocked a smoky eye, a plush pink glossy lippie, and her iconic thick eyebrows. However, Brosnahan took to her Instagram Stories to praise Bumble & Bumble colorist Kitty Greller for the blond highlights.

Brosnahan debuted her look on the opening night of Broadway’s What the Constitution Means to Me where the actor wore a white and burgundy pinstripe pantsuit.

With all the celebrity hair changes so far in 2019, Brosnahan’s blonde look is actually a total throwback to her natural roots.

In an interview with Us Weekly, Brosnahan revealed that she's actually always been blond.

"Blonde is my natural hair color, but I started dying it dark when I was 16," Brosnahan said. "I feel more myself with dark hair."

Brosnahan admits that her blond look isn't new, but she's actually gone blond all throughout her career. In fact, the actor has donned blond hair even lighter than this.

In September 2016, Brosnahan did a photoshoot in bright blond locks with creative production house The New Potato. The actor had shots of her taken at the Crosby Hotel in New York where she rocked an all blond hairstyle with curly locks. Something very similar to this.

While the actor admits she's always had lighter features, she's often rocked dark looks. No matter how dark though, she's definitely changed up her brooding and fierce color palette.

In 2015, Brosnahan was starring on WGN America’s Manhattan as Abby Isaacs. Not only did the actor wear her dark hair, but she even dyed it a deep red color for the role. She practically looks like Gene from X-Men.

Brosnahan kept the drastic look and decided to wear a lighter version of her red hair to the 2015 Emmy Awards. The actor rocked a light reddish orange hair color and put it back in to a neat low ponytail. Not to mention, her dress was black.

The actor took her natural red head look to the next level and even dyed her eyebrows red. If that's not true dye dedication, then what is?

There's no denying that Rachel Brosnahan can pull off deep dark roots impeccably. But even when she goes on the light side, Brosnahan is turning looks on either side of the hair color spectrum.