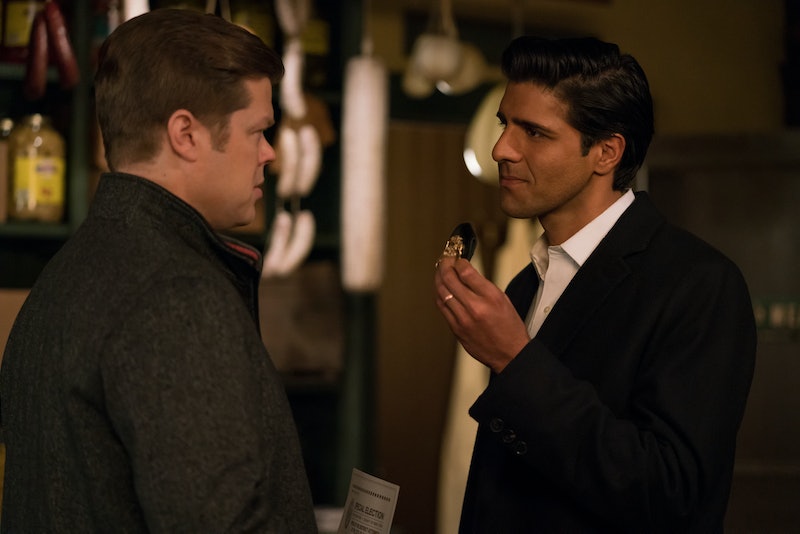 You can't trust anyone you meet in Daredevil. In Season 3, it seems that even Daredevil himself is without his moral compass, but surely FBI Agent Rahul 'Ray' Nadeem will be a presence of good in what could be Daredevil's darkest season yet, right? While most other Daredevil characters have a comic book counterpart that can help fans know what to expect from them in the shows future, Ray Nadeem is not in the Daredevil comics, meaning the character is traversing uncharted narrative territory.

While it's not clear what the future of Daredevil holds for Ray, actor Jay Ali expressed a lot of excitement around his character's Marvel Cinematic Universe introduction. Ali told Bustle in an interview ahead of the premiere, "once you see what kind of character you're going to be playing in the arc they have and then working with these [other actors], it's just––I can't put into words to tell you how special [filming the show] was. It was really, really good."

While Ali may have enjoyed getting to sink his teeth into the role or Ray, he didn't reveal much about the nature of his character. He did mention to Bustle that over the course of Season 3 he gets "pulled out of [a] bus" and" and revealed that the show will feature an homage to Season 1's famous hallway fight, but left the true nature of his character up to fans' speculation ahead of the show's Oct 19 premiere.

Ray is an FBI agent, which suggest that he'd be working against just about everyone in Daredevil, hero and villain alike. Government-funded law enforcers in the Marvel universe aren't usually fans of vigilantes and could attempt to impede their efforts, but usually begrudgingly join up to assist the hero's cause in the end as Dinah Madani does in The Punisher or Misty Knight in Luke Cage. However, neither of those two ran the risk of having to meet Wilson Fisk, who could probably scare the moral code out of even the most saintly of law enforcement officers.

When Marvel announced that Ali would be joining the cast in early 2018, they described 'Ray' Nadeem as "an honest, but ambitious FBI agent willing to go to any length for his family." The fact that he's honest seems to suggest that he's a good guy, but the fact that "ambition" is used as something in conflict with his honesty and the remark that he'd go to "any length" to protect his family indicated that this noble agent may participate in some shady dealings for the safety of his loved ones at some point in Season 3. While Ray will be a mystery when he's first introduced in Season 3, by the end of the season it's likely that fans will know this FBI agent inside and out. Until then, however, we can only guess whether Ray will end up on the side of the good, or sell himself out to the bad guys for his own safety.