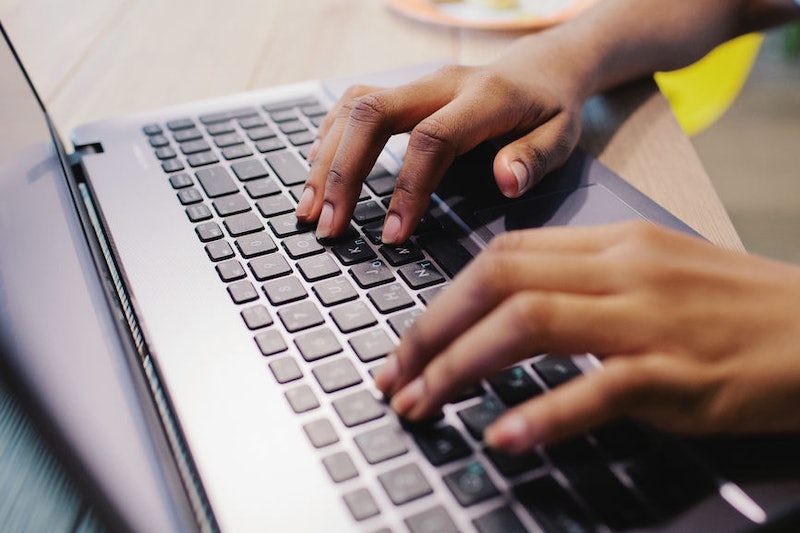 You may feel like you're in the zone sitting at your desk and tapping away at your keyboard, but have you ever stopped to think about the damage you might be causing to your body? I can't be the only one slightly concerned at how cramped my fingers feel at the end of the day, especially since repetitive strain injury (RSI) is becoming a common occurrence in the workplace. But is repetitive strain injury (RSI) permanent, and what can you do to prevent it from developing?

First of all, I'll give you a quick rundown on what exactly repetitive strain injury is. It's caused by — you guessed it — repetitive strain of a particular muscle. According to the NHS, RSI is most apparent in the forearms, elbows, wrists, hands, neck, and shoulders and is caused by a repetitive action. While it's normal to get the odd ache here and there, RSI tends to develop gradually so if symptoms such as tingling or numbness, throbbing, aching, or swelling persist, it's probably time to visit your GP. They'll be able to diagnose RSI, pinpoint exactly what is causing it, and recommend treatment options.

And as long as you treat your repetitive strain early, as HealthyFed reports, it seems that you should be able to recover fairly quickly according to leading RSI expert Dr. Emil Pascarelli. However, this depends on how far your repetitive strain has progressed as it can be detrimental to the recovery process. Pascarelli told the site, if you let the condition progress, "you'll never be the same because of deep tissue scarring.

"It's not like a broken bone that mends; the soft tissue is subjected to micro-tearing, and the tissue that replaces it is scarred and more susceptible to injury. So, often, people fall into a vicious cycle of injury and re-injury."

But how do you even know that the pain you're feeling is repetitive strain, or something else entirely? RSI can often be coupled with CTS (carpal tunnel syndrome), a similar condition that mainly occurs in your wrists thanks to pressure put on the median nerve, "which can in turn be caused by frequently bending your wrist, gripping hard, or using vibrating work tools," Metro reports.

Either way, the pain of both conditions can be absolutely debilitating. But, there are ways you can treat — and prevent — both RSI and CTS from developing (hooray!) and it's all down to the way you move and position your body when performing repetitive activities.

While RSI can occur in a number of different situations, one of the most common is a job that includes sitting in front of a computer for long periods of time. From typing to sitting for long periods, there are a heck of a lot of repeated actions that take place. It's all about taking it slow when it comes to preventing RSI, and making sure that you're comfortable. As the NHS suggests, limiting the number of keystrokes with features like predictive text and slowing down the speed of your mouse can greatly impact the risk of developing RSI, along with purchasing ergonomic office equipment.

Sure, you can easily fall back into old habits (trust me, I've been there), but the pain of repetitive strain sure is a deterrent from slouching and typing incorrectly, that's for certain.