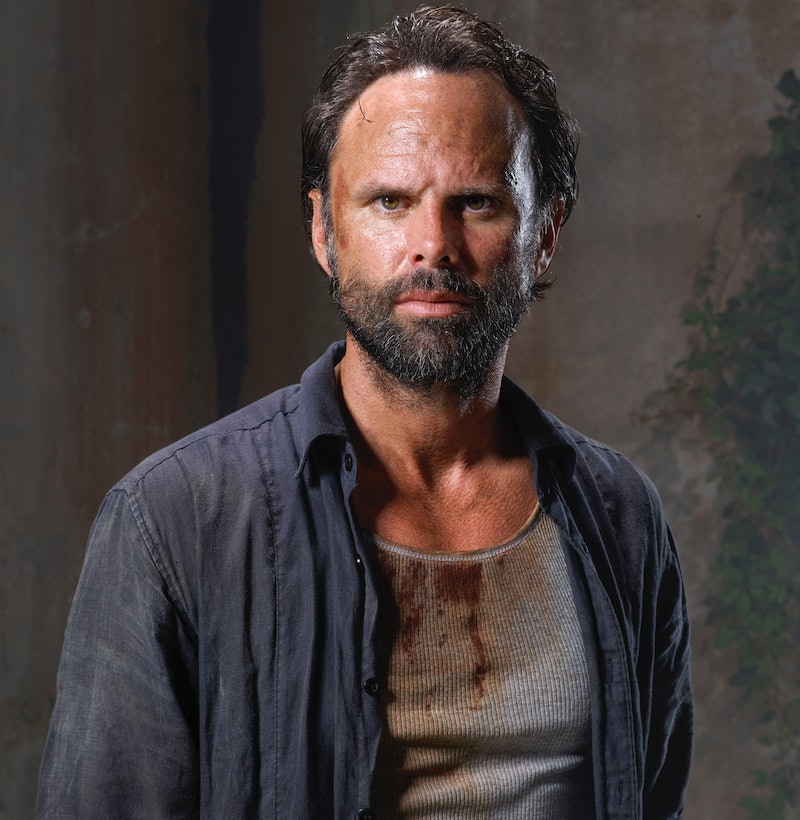 On Wednesday, Jan. 18, the History Channel will premiere Six, an exploration of modern warfare based on real military missions. The drama chronicles the operations of Navy SEAL Team Six, a close-knit team of men navigating life in Afghanistan. Together, they set out to eliminate a Taliban leader, only to later be rocked by the news that their former troop leader was captured by enemy forces. The missing chieftain on Six is Rip Taggart, a brilliant soldier gone rogue. Six has been trumpeted as an authentic portrayal of what it means to be a Navy SEAL, but that doesn't mean the characters are based on any specific real people.

Take Rip, for example. Producers haven't directly tied the character to any real-life figures, but there have certainly been documented cases of American prisoners of war. In May 2003, members of the army's 507th Maintenance Co. were ambushed after getting separated from their convoy. According to CNN, eight soldiers were killed and six were captured. The surviving six were later rescued by U.S. Marines. CNN reports that similar kidnappings followed in 2004, 2006, and 2007, and there were likely more cases that went unreported.

Still, it's clear that Taggart was created with a specific narrative in mind. Even if he were inspired by a tangible person, he acts more as a vessel for a larger concept. "He's a real portal into this world for the audience to really ask themselves, 'how do you feel about all of this?" Walton Goggins, who plays Taggart, says in a promo for the show.

Taggart is described as a valiant but haunted leader. After serving as a SEAL for 17 years, the endless stream of perpetual war and unspeakable atrocities has begun to take its toll. He forged a father-like relationship with two of his subordinates: Joe "Bear" Graves (Barry Sloane) and Alex Caulder (Kyle Schmid). But when he lets his temper cloud his judgment in the field, he's exiled from their unit, and he's forced to find his identity outside the team that once defined him. In the promo, Goggins explains that it's a rough but poignant journey:

"This the most elite fighting force in the world, and you don't do what these guys do on a regular, day to day basis and escape that without real consequences, real pain...It is a real journey back to the center for him. He's lost. He's like a disenfranchised superman. He's a person who, with a gun in his hand, has all the answers in the world, but without a gun he doesn't have any. And it's heartbreakingly beautiful."

In its broadest sense, that seems to draw a parallel to the PTSD that plagues many veterans upon their return to civilian life. But here, Taggart is forced to grapple with his brewing issues while still in the throes of battle. It's plausible that similar instances have happened to real-life soldiers, but it should make for a compelling story either way.