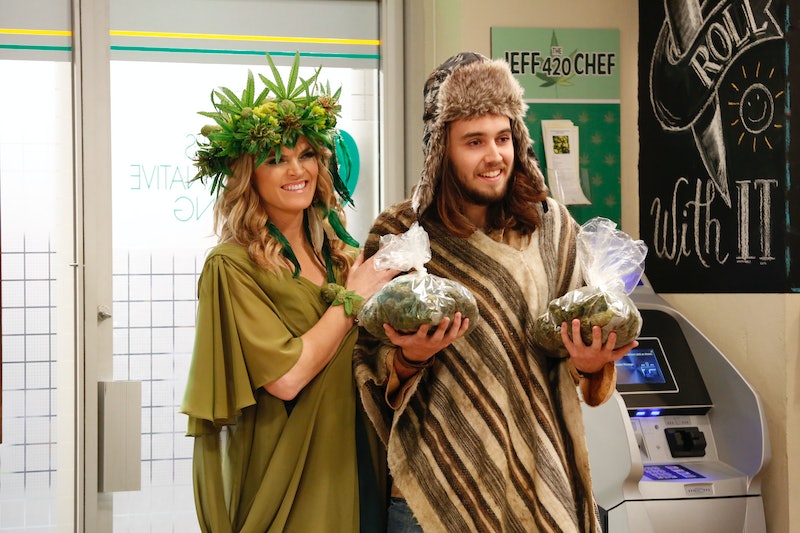 The marijuana industry has always been a popular subject for TV and movies — just look at Half Baked, Pineapple Express, or Weeds, all of which focus on the seedy underbelly of the illicit drug trade in various (often ridiculous) ways. But Netflix’s new sitcom Disjointed is taking things to a whole other level, because it’s putting weed-growing on a totally legal ground. The new Chuck Lorre-produced series takes place inside an LA-based medical weed dispensary and stars Kathy Bates as Ruth, a longtime legal advocate for marijuana who’s finally getting the chance to make it into a legitimate business. But is it based on a real business? Is Ruth’s Alternative Caring a real dispensary outside of Disjointed?

It seems pretty clear that the location where Kathy Bates and company actually film is a set created for the show, and a quick google search reveals no actual dispensary named “Ruth’s Alternative Caring,” in Los Angeles or otherwise. But despite all that, it definitely feels like Ruth’s is based on the sorts of weed shops that exist in California, and in other states that permit the use of medical marijuana. Here are some aspects of the show’s first episode that ring true: