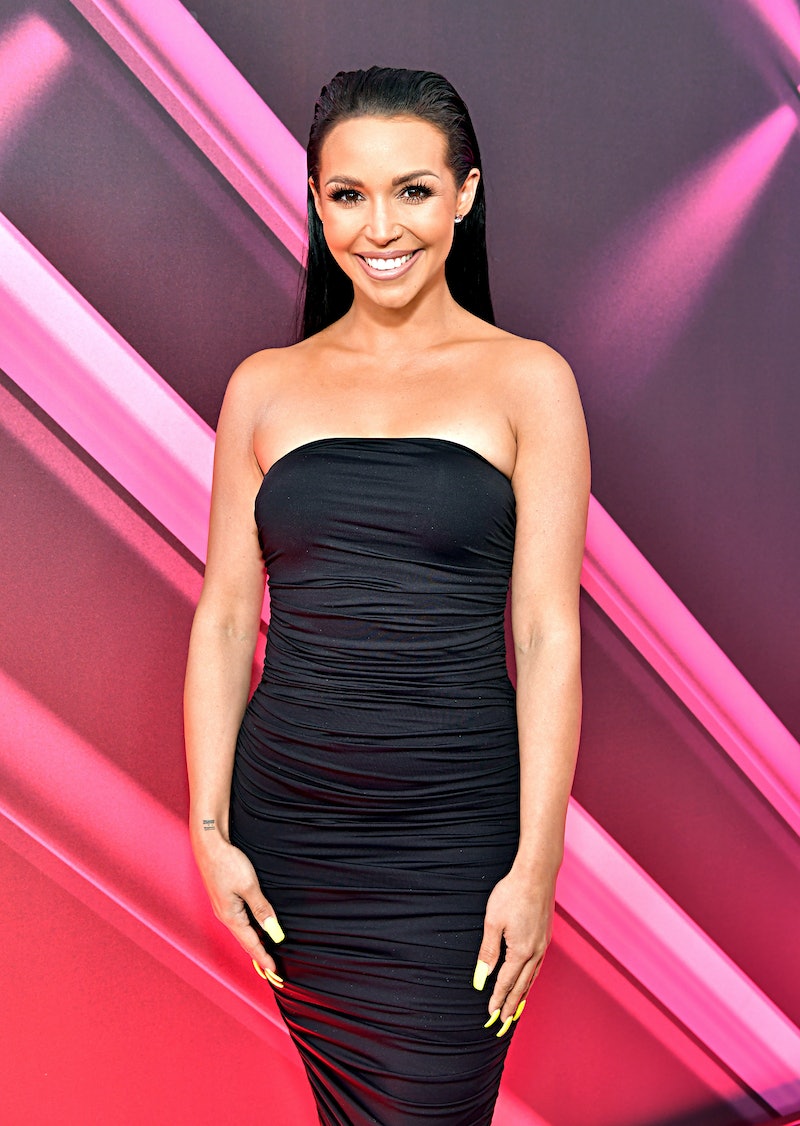 From Rob Valletta, to Robby Hayes, to Adam Spott, to her new Vanderpump Rules co-star Max Boyens, Scheana Shay has been trying to find love for a couple years now, and she might have finally done it. Scheana kicked off 2020 with her boyfriend Brock Davies, making the new year even better. And it appears he could be the real deal, at least based on her publicly singing his praises.

Davies is a gym owner and personal trailer from Australia, who currently lives in San Diego, California. He also has two kids, Eli and Winter, per his Instagram profile. And it looks like Scheana has been dating him since September 2019, according to Us Weekly. She first confirmed she was dating someone new while attending the 2019 People's Choice Awards on Nov. 10, but she refused to identify her new beau. She did, however, reveal that the relationship was "very, very new."

The Bravolebrity also told Us at the PCA's that the two had recently celebrated two months together and her boyfriend even surprised her with a trip to Bali. On Dec. 4, 2019, Scheana posted her first Instagram with Davies by sharing a photo of the trainer picking her up in front of a waterfall. She captioned the IG, "Single Scheana died in Bali."

During BravoCon in November of 2019, Scheana finally discussed Davies and their relationship. "I don’t feel like I need to brag about him because I know he’s not going anywhere," she told People before adding, "He’s very nice, and he treats me the way I deserve to be treated."

According to the Pump Rules star, Davies didn't know who she was when they met, nor had he ever watched an episode of the Bravo series. "So that was also another great thing about him is he just got to know me with no preconceived notions," she told Us Weekly, revealing that the two met at a music festival.

And it appears that the two are still going strong. Scheana posted videos on Jan. 7 on her Instagram Story of Davies dancing with Max and James Kennedy from Pump Rules. They also recently went skiing in Lake Tahoe. Neither of them shared photos together on Instagram, but posted separate images with same location tag. And, as Us reported, she's already met his sister when they visited Australia. So, yeah, "it's all happening" for Scheana.

More like this
Vanderump Rules’ James Kennedy Already Called His Girlfriend Ally “The One”
By Brad Witter
Everything To Know About Schwartz & Sandy's, Vanderpump Rules' Newest Bar
By Brad Witter
Joey Essex Is Rumoured To Be Dating A 'Love Island' Favourite
By Sam Ramsden
'Bachelorette' Vet Clare Crawley Revealed Her Stunning Wedding Photos
By Stephanie Topacio Long
Get Even More From Bustle — Sign Up For The Newsletter
From hair trends to relationship advice, our daily newsletter has everything you need to sound like a person who’s on TikTok, even if you aren’t.