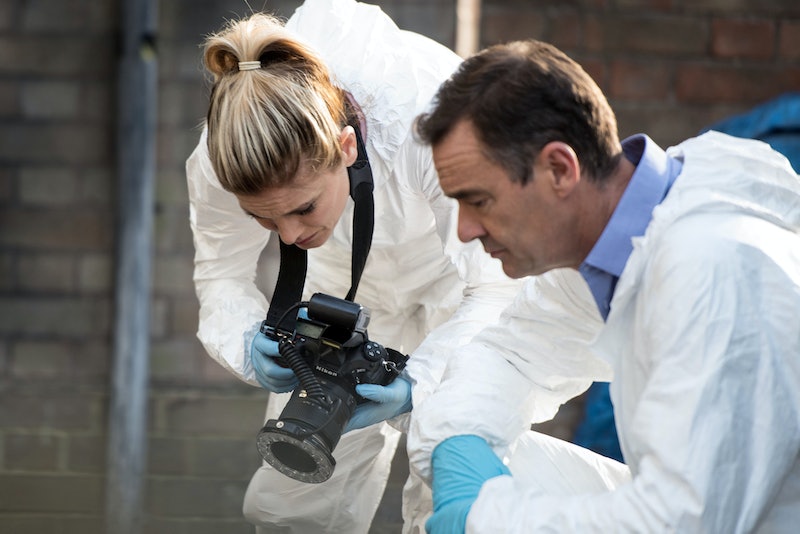 When a show has been running for more than two decades, chances are it's a hit. That's certainly the case with Silent Witness, which has been returning year after year since 1996 and has since become one of the world's longest-running crime dramas. There's no doubt that the show's portrayal of crime procedurals is still as tight as ever, but is Silent Witness based on a book, or on real investigations? I mean, it's hard not to wonder when a series has been on as long as this one.

Well, surprisingly, it's a mixture of both. According to the Guardian, after Silent Witness began its run, show creator Nigel McCrery published a series of tie-in novels that followed the show's main characters, Sam Ryan (Amanda Burton) and Trevor Stewart (William Armstrong), on a number of cases that weren't in the television series, but were linked to the overall narrative. There were four books published in total.

As strange as it sounds, tie-in novels aren't all that uncommon when it comes to television. For example, The X-Files had a number of novelisations written during the '90s that expanded upon the narrative of the show, io9 reports. And now, thanks to the revival, the show has seen a number of new novels being published that go so far as to create alternate universes for the characters through origin stories.

TBH, I wouldn't mind seeing more tie-in novelisations of TV series. I can't think of a better way to tide myself over during the (often unbearable) break between seasons than chilling with my fave characters on paper as opposed to on screen.

But there's more to the Silent Witness background story. As the Daily Mail reports, McCrery drew on his personal experiences as a detective for the Nottinghamshire Constabulary for the show. Yep, that's right: before McCrery shifted his focus to writing, he was a solving crimes, much like the characters he created for Silent Witness. According to the Daily Mail, the former detective even based the show's protagonist on one of his colleagues, Professor Helen Witwell.

McCrery's time on the force also sparked the idea for New Tricks, another successful BBC crime drama. As the Daily Mail reports, the writer's inspiration for New Tricks came from "a chat he had with a detective who'd been assigned to a squad dealing with cold cases."

Speaking to the Daily Mail, McCrery said: "I write the kind of television shows I would like to watch. So it's unsurprising that other people like to watch them, too." Basically, the writer knew his audience and he had a pretty clear understanding of how police procedurals worked. It's almost as if McCrery was destined to create these staple BBC dramas.

And while New Tricks ended in 2015 after 12 years on air — much to the dismay of some — it doesn't look like Silent Witness will be stopping anytime soon. I have a feeling it will soon become Britain's equivalentCSI, which I'm totally not against. I don't know about you, but I love a good ol' procedural.