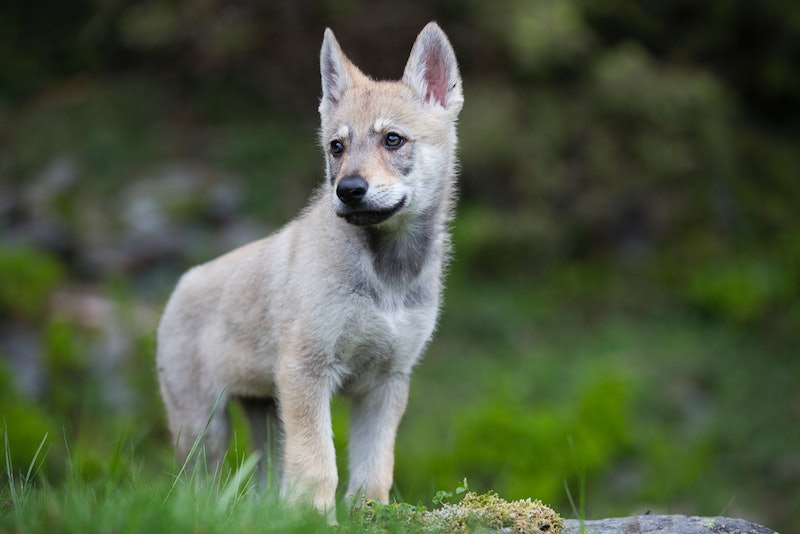 Thanks to the BBC, I've unashamedly become a wildlife documentary connoisseur. Last year, Snow Wolf: A Winter’s Tale caught my eye. Why? It’s a nature doc with a twist. The BBC special follows an Alpine she-wolf and her pups as they live and survive in the Dolomite mountains. Obviously, it’s been a while since I last watched it but thankfully it’s back on telly this Friday (Dec. 28). But is Snow Wolf: A Winter's Tale is a true story?

Well, the twist of Snow Wolf is that it’s actually a dramatised documentary, utilising footage of real Alpine wolves in their natural habitat and animatronics. Produced by French company Boréales and directed by Fred Fougea, the documentary follows the same style as Fougea's previous work, such as 2015's Snow Chick: A Penguin's Tale, which followed the dramatised life of a smaller-than-average baby penguin.

Instead of focusing on an animal from birth, Snow Wolf tells the tale of a lone alpha Alpine she-wolf who has been ostracised by her pack, and has to traverse the Dolomite mountains in order to find a safe territory to start life anew. Pregnant with a litter of six cubs — that she gives birth to on her journey — the story follows her as she finds a sanctuary where she can bring up her litter and start a new pack.

And if there’s one reason you need to watch this special it’s that you’ll get to see the pups' early years, so prepare yourself for the cuteness overload of seeing those little fluffballs prancing around in the snowy mountains. I seriously don't think I'll be able to handle it again, especially knowing that these precocious cubs only have one adult to look out for them in a wilderness full of frightening predators.

Even though the story is dramatised, it's not hard to believe that wolves such as this one have been put in similar situations. As BBC’s Dynasties demonstrated, the vastly open wilderness can be an extremely harsh place, even for the strongest animals. There's always a predator looming over their every move — be it human or animal — and other factors such as health and habitat can contribute to their overall wellbeing as well.

Described by actor Emilia Fox — who narrates the documentary — as a film that "the whole family can watch at Christmas," this is definitely worth adding to your viewing schedule. Whether you saw it last year or not, watching the fictional story of a powerful she-wolf raising and protecting her cubs is something you don’t want to miss.

And as 2020 quickly approaches, here's hoping that the ongoing influx of nature documentaries continues into the new year because I seriously cannot get enough of them. There's just so much to learn about the wonderful creatures that inhabit this earth.