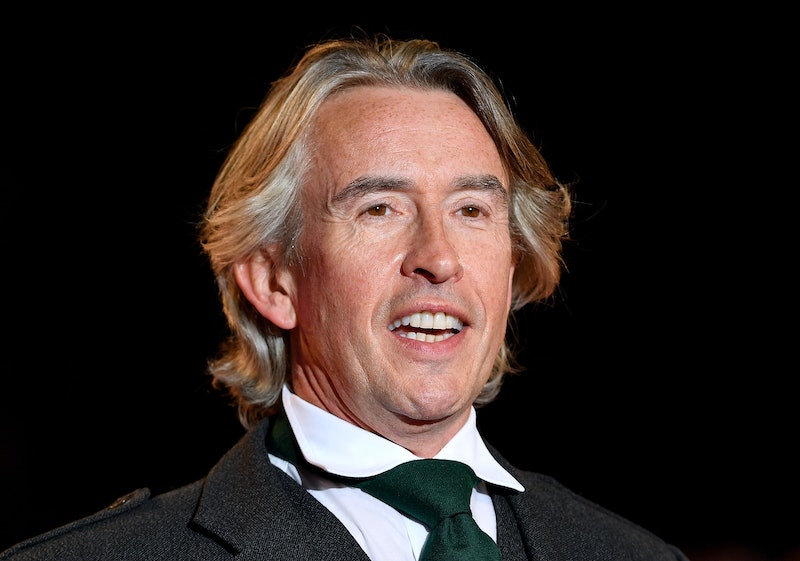 The ever-cringeworthy Alan Partridge is back once again, and fans of the legendary character can now enjoy him in the upcoming BBC series This Time with Alan Partridge. The six-part series follows Partridge as he is handed a career lifeline, after being offered to stand in as co-host on the fictional weekday magazine series, This Time. Steve Coogan will be at the helm of the new series, which starts tonight on BBC One, but what has the actor and comedian been up to recently? And is Steve Coogan married?

According to The Sun, Coogan is not married, and is thought to be dating model and TV presenter, Melanie Sykes. I have reached out to the pair's representatives for comment, and will update with any new information once it becomes available. However, as the publication reports Sykes and Coogan first began dating after meeting at a launch party for his film, Stan & Ollie. The pair are said to have immediately hit it off, with a source saying, "She (Sykes) found him utterly charming — and, of course, really funny. People who know them have been joking about how well Steve has done — and even using DJ Alan Partridge’s catchphrase ‘Back of the net.' They have been taking it slowly but last weekend they spent the whole weekend together."

The source then went on to reveal that, "[Mel] went down to his place in Sussex and came back saying it had gone really well. The weekend together was a bit of a test of whether the relationship has legs — and it seems it has. Mel seems pretty smitten and head over heels with him. She’s been talking about him a lot to her friends. They are both from similar backgrounds and originally come from the Manchester area, so have a lot in common."

According to Radio Times, Coogan first created the Partridge character 25 years ago, and somehow, the nation's favourite buffoon has managed to find his way back onto the BBC. This Time with Alan Partridge begins tonight (Feb. 25) at 9.30 p.m. on BBC One, and will work as a mock-live half-hour programme, which features "a heady mix of consumer affairs, current affairs, viewer interaction, highbrow interview and lightweight froth." The brand new comedy series has also been jokingly been described as "the perfect shop window for a man of Alan’s gravitas" which "will, or should, see him finally recognised as one of the heavyweight broadcasters of his era."

Although initial comparisons of the fictional This Time series might be drawn from existing shows in the same genre, for example The One Show, it was actually ITV's Good Morning Britain that largely inspired Partridge's comeback. According to Digital Spy, co-writer of the new BBC series, Neil Gibbons, explained, "Presenters can say what they want these days. In the early days of Alan, there was a sort of tightrope he was walking, because there was an expectation of professionalism," and added "Just look at Good Morning Britain — they're not tearing their hair out every morning thinking 'Oh I wish Piers would stop something offensive things all the time!' — that's why he's on the show."

This Time with Alan Partridge starts tonight at 9.30 p.m. on BBC One.