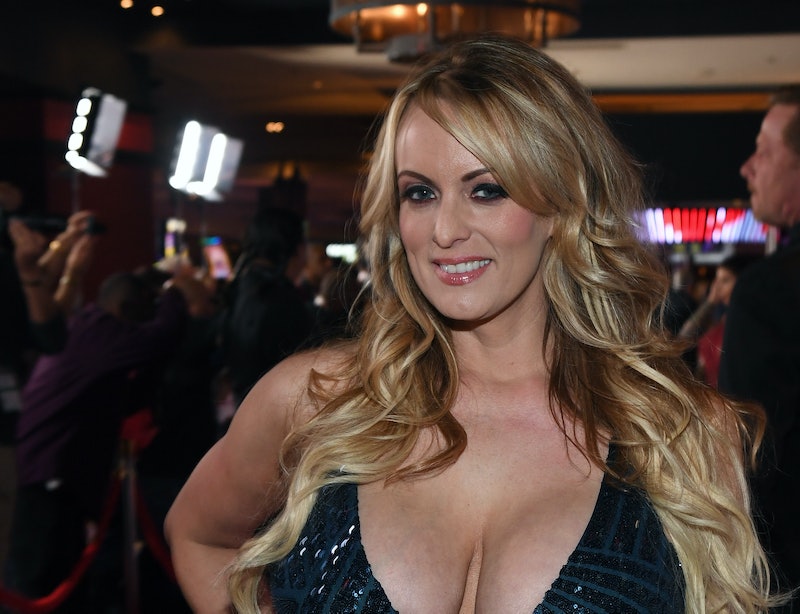 Back in 2009, Daniels was neither registered as a Republican or a Democrat, but that changed after she mulled a run for Senate. The Washington Post reported that there was a contingent of Louisianans that decided to get Daniels to run. They began a "Draft Stormy" campaign when it became clear that then Sen. David Vitter was likely to win reelection — even after his phone number was tied to the D.C. Madam prostitution ring. Vitter called it a "serious sin" and apologized.

Daniels is a Baton Rouge native, and the campaigners thought that her presence in the race, as an adult film star, would bring more attention to Vitter's sexual antics.

After months of pressure, Daniels finally decided to give it a go and declared herself a Republican. At the time she said she had been a registered Democrat previously in her life, but that the Republican Party better represented her:

Now I cannot help but recognize that over time my libertarian values regarding both money and sex and the legal use of one for the other is now best espoused by the Republican Party.

Her decision was influenced by the news that the Republican National Committee had reimbursed $2,000 for a trip to a topless, bondage-themed night club.

That doesn't mean she was the typical Republican from the South, pushing for "Christian" family values. Instead, she focused a lot on Vitter's hypocrisy. "I'm not one to judge someone's sexual activity, but what annoys me is that he's so hard-core 'family values,' and he puts his wife and kids out there, saying he's a Christian family man," Daniels told Marie Clare. "Then he's caught up in a prostitution scandal. He's a hypocrite."

She also pointed out that no sex scandal could affect her. "It's actually starting to work in my favor — I have nothing to hide," Daniels told the magazine. "A sex tape of me isn't going to pop up and shame me—there are 150 of them at the video store."

When she threw in the towel on her run, Daniels focused on her treatment by the media and the Republican party. "Simply because I did not fit in their mold of what an independent working woman should be, the media and political elite have sought to relegate my sense of civic responsibility to mere sideshow antics," Daniels wrote in a statement.

"They did this not simply for the sake of expediency but because to have a woman of my background challenge the core conscripts of our political and social culture is simply too much for a system that holds that only lawyers and insurance salesmen are qualified to lead," she continued.

She also criticized the amount of money infused in politics. "The simple fact that David Vitter has $5 million in his bank account pretty much says it all," Daniels added. "Against that shear accumulation of special interest dollars, I have no legitimate means of winning a race for the United States Senate under these circumstances. As a businesswoman, I know that better than anyone."

She's up against another rich politician in her current legal case. Trump's lawyers have argued she could owe as much as $20 million for speaking out. This time she doesn't seem to have let the money affect her decision.