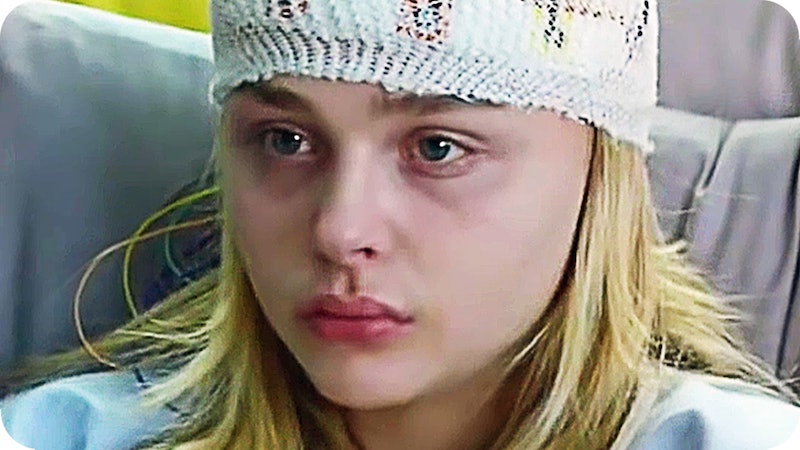 Netflix has a full roster of true crime, cult, and wild documentary selections that push the limits of legitimacy, but its latest film Brain On Fire seems too beyond belief to be true. Susannah Cahalan, a seemingly healthy young woman, goes from feeling "off" to having full-blown paranoid delusions around the clock. Her frightened family watches her deteriorate as multiple tests come back negative, leaving doctors baffled and suggesting institutionalization. But is Susannah's condition in Brain On Fire real, or were her symptoms exaggerated for dramatic effect?

Scarily, Brain on Fire is based on a true story, and Susannah's condition is indeed real. It didn't get a name until a few years after Susannah was diagnosed, labeled by the very doctor who discovered what she had been suffering from. Susannah wrote about her case once she recovered in the hopes more people suffering from the rare, highly misdiagnosed disease known as anti-NDMA receptor encephalitis would have the same good fortune she did.

Susannah's story started in 2009, when, as a young New York Post reporter, she began experiencing odd symptoms — sudden mood swings, tingling, feeling "off", not sleeping. What seemed like natural side effects of a stressful New York City career suddenly turned into a month-long nightmare as Susannah began seizing up and lost conscious memory for the duration of her illness.

Initial brain scans revealed no abnormalities, nor did blood work or other routine tests. Some doctors were rude enough to suggest the barely-drinking Susannah was suffering from alcohol withdrawal, or that she was exaggerating her own symptoms. As she wrote in her Post article about her ordeal, as her hallucinations and delusions became more violent Susannah began to fear she was bipolar. Returning to her family's home in New Jersey, Susannah worsened, but her family held out hope her condition wasn't purely psychological. "Horrified by my increasing paranoia, and despite my neurologist’s hesitations, my mom and stepfather took me immediately to the hospital," wrote Susannah in the Post. "They demanded that I not be placed in a psych ward."

That decision likely saved Susannah's life, as anti-NDMA receptor encephalitis left untreated will continue to worsen, and has a 25 percent mortality rate. Symptoms include paranoia, mania, catatonia, or acting "possessed", resulting in many patients visiting a psychiatrist before even thinking of seeing a medical doctor. As Susannah's doctor Souhel Najjar told the Post, “It’s a death sentence when you’re still alive. Many are wasting away in a psych ward or a nursing home.”

In fact, Dr. Najjar has gone a step further, telling the Guardian he believes we've flipped the situation. "If an autoimmune disease can create symptoms that look exactly like schizophrenia, that raises the question, what is schizophrenia? And are there forms of schizophrenia that are caused by other types of autoimmune disease? Or other diseases that we haven't discovered yet? It's all neurological." Najjar said that he believes the stigmatization of mental illness leads the medical community to continue to separate brain issues into neurological and psychiatric, when cases like Susannah's show how intertwined the two can be.

Misdiagnosis is still extremely common, as anti-NDMA receptor encephalitis wasn't officially discovered until 2007, just two years before Susannah was struck down by it. It's an auto-immune disease where the body's normal mechanism for fighting infection turns on itself, in this case creating specific antibodies that attack and inflame the brain instead of foreign viruses. Susannah was only the 217th person diagnosed, leaving the question open of how many others went untreated before the formal naming of the underlying issue was on the books. The disease also predominantly affects women, with 90 percent of documented cases occurring in young ladies. With a medical community still biased against women in general, the odds for misdiagnosis become even higher.

Susannah wrote about her experience, first as an article, then as a full, bestselling book called Brain On Fire: My Month Of Madness. With her story coming to Netflix, Susannah wrote in the Post about how bizarre it was seeing the worst moment of her life turned into a Hollywood feature. Her initial possessiveness about "her" story changed once she began receiving emails from around the world thanking her for helping others suffering.