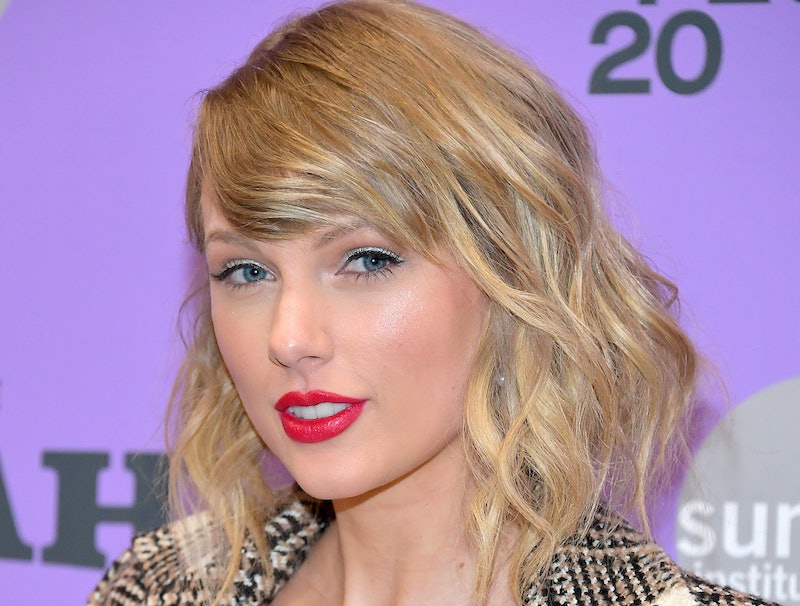 Did Joe Alwyn put a ring on it? Fans are convinced that Taylor Swift is engaged after the debut of her Netflix documentary, Miss Americana. Directed by Lana Wilson, Miss Americana chronicles intimate details of the “Lover” singer’s life and her meteoric rise to pop stardom. Between her private relationship with the British actor and her newfound affinity for politics, the documentary sheds light on it all — and, at one point, even intersects. In a portion of the doc where Swift criticizes Republican Sen. Marsha Blackburn, the singer is spotted with a giant diamond ring on her engagement finger.

While in conversation with her team and mom, Andrea, Swift gets visibly emotional about her desire to be more vocal about politics and Donald Trump. She says in the film, “I want to be on the right side of history.” While it’s an impassioned moment, eagle-eyed viewers were quick to notice the ring on her finger as she employed animated hand gestures. The ring has led fans to speculate that Swift and Alwyn are engaged. Bustle has reached out to Swift’s rep for comment on the rumors.

On Twitter, one user wrote, “EXCUSE ME MA’AM! IS THIS AN ENGAGEMENT RING I SEE???? Is @MissANetflix an engagement announcement??? put me in my grave if my girl is a fiancée!!!” Another user echoed the same sentiments and tweeted, “TAYLOR SWIFT IS ENGAGED.” On the other hand, some fans have disputed the rumors and pointed to a cat ring Swift regularly wears.

Swift and Alwyn have been linked since 2017. While the duo is notoriously private about their relationship, Alwyn does make a few appearances in Miss Americana. Swift discusses her British beau in the doc, too. “I also was falling in love with someone who had a really wonderfully normal, balanced, grounded life,” she says. “We decided together that we wanted our relationship to be private.”

Swift also touches on her future and the possibility of children. “There’s part of me that feels like I’m 57 years old, but there’s part of me that’s definitely not ready to have kids and definitely not ready for all that grown-up stuff,” she says in the film. “I kind of don’t really have the luxury of figuring stuff out, though, because my life is planned two years ahead of time. Literally, in two months, they’ll come at me with dates for the next tour.”

In an interview at Sundance after the film’s premiere, InStyle asked Wilson about Swift’s massive ring — but the director remained tight-lipped. “Whoa,” Wilson said. “I’m going to have to revisit that scene.”