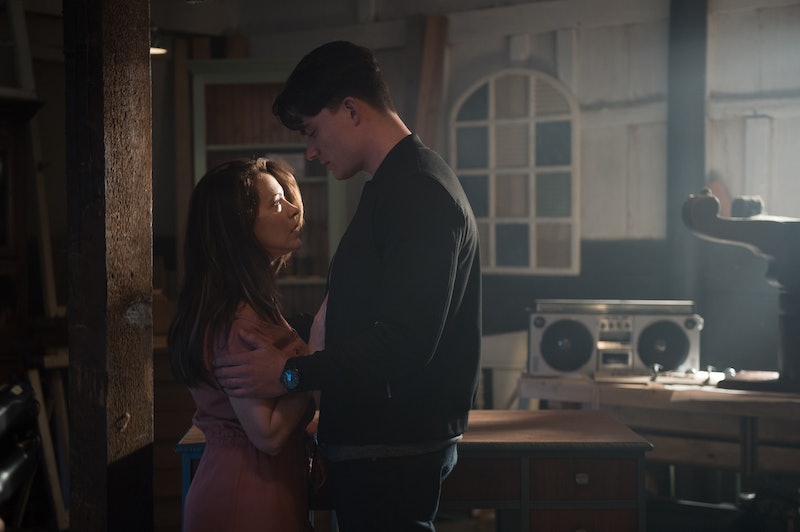 There’s nothing like spending a Saturday night on the couch watching an extremely dramatic and juicy movie that doesn’t resemble your life at all. No one does drama quite like Lifetime and their upcoming movie, Tempting Fate, is sure to serve up some salacious moments. Tempting Fate is based on a fictional novel of the same name by Jane Green and will surely lure fans in with a story about, well, temptation in a relationship.

The movie is the latest installment in the Lifetime Book Club, a new initiative by the network to take popular novels from book to the screen. Per their website, Lifetime has partnered with Audible to encourage fans to read or revisit the novels and then check out their live adaptation of the story. ET Online reported that this film is the first of three Jane Green novels that will come to life in June 2019, so fans of her Lifetime movie-worthy novels will want to have their DVRs ready to record. And, Tempting Fate definitely has all the elements of the perfect Lifetime film.

According to the network’s description, Alyssa Milano stars as Gabby, a mother of two who seems to be in a perfect marriage with her successful husband Elliott (Steve Kazee). But, Gabby realizes that she needs more spice and attention in her life when she meets Matt (Zane Holtz), a younger man with whom she ends up having a torrid affair.

Her decision to dip out on her marriage causes a chain of events that threaten to end her marriage and change everyone’s lives forever. The description basically mirrors the Tempting Fate book synopsis down to using the characters original names. It will be interesting to see how much, if any, creative liberty Lifetime will take with the narrative, but Tempting Fate's trailer is probably enough to make faithful viewers tune in for the drama.

In the clip, Gabby meets Matt at an outdoor event. She reveals that she has two kids, a husband, and the proverbial “white picket fence,” which doesn’t seem to faze Matt at all. There’s a sneak peek into Gabby’s world as she makes lunch for her kids and confronts her husband about working when they are supposed to be spending quality time together. Of course, this is the perfect opportunity for Matt to start sliding in the picture as they begin to send texts to each other.

She tells him that it's one thing to send a flirty text, but he cannot try to make moves on someone who is already taken. Matt basically replies that she is someone he can have and they, um, have each other in the basement. Predictably, Elliott and her oldest daughter find out about her affair and they are both furious with her decision. Gabby regrets her decision but things get even worse when she discovers that she’s pregnant. Whew, the drama. Thankfully, this is purely for entertainment purposes so fans can dive into this affair sans guilt.

Tempting Fate may not be based on a real-life story, but at least there’s a new book to add to your summer reading list, right? Find out if Gabby can repair her relationship when Tempting Fate debuts on June 15.