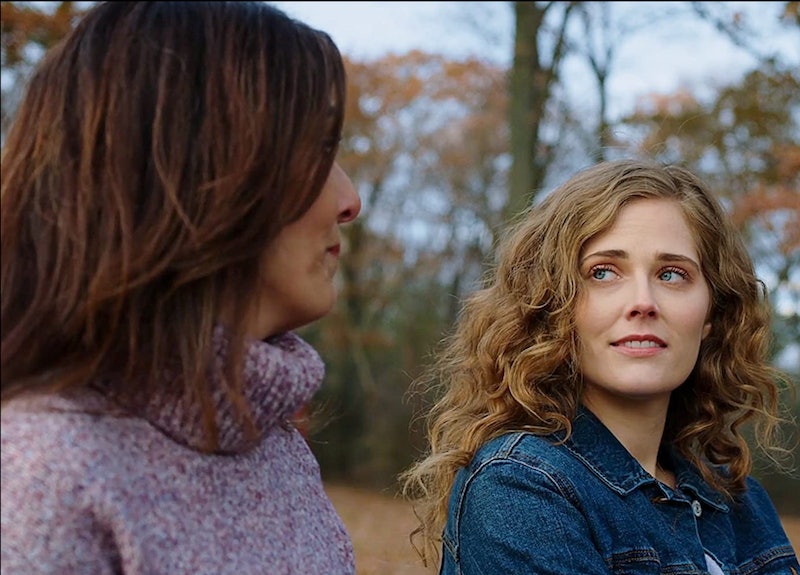 Who doesn't love a good Lifetime movie? The tradition of the overly melodramatic, inspirational drama, thriller, or murder mystery known as the Lifetime Original Movie is hitting its 30th birthday this year. To celebrate, Lifetime is hosting a summer long screening party kicking off on May 30 with their latest thriller, The Captive Nanny. Knowing that Lifetime has made movies inspired by true stories like William & Kate, Natalee Holloway, and Britney Ever After, Lifetime movie fans might be wondering: Is The Captive Nanny based on a true story?

There have been a number of wacky stories over the years of wealthy families holding their nannies captive, but this movie doesn't seem to be based on any one specific incident. The Captive Nanny tells the story of a young nanny named Chloe (Karynn Moore) who desperately wants to adopt a child of her own. Her life, however, is a bit of a mess. In order to get things in order and earn a little money, she takes a high-paying job with the Brown family, who consist of mom Emily (Austin Highsmith), dad Michael (Michael Aaron Millligan) and their son Paul.

But something is a bit off about the Browns. They're incredibly strict and have gone to great lengths to secure their home with coded locks on every door, security cameras everywhere, and limits for Paul. Emily claims that all of the extra security is due to her having a famous musician named Baz (Jason Skeen) for an ex who has been stalking her and her family. But eventually, Emily and Michael turn on Chloe and accuse her of spying for Baz, locking her in their home and forcing a false confession. It's then that Chloe learns the truth about Emily. That she's the one making bad things happen and she's out to win back Baz's love.

Highsmith told The Winston-Salem Journal that she's always wanted to play the bad guy. “This is something I have always, always looked forward to," she said. "I've never gotten to play the villain. It was one of the most fun roles I’ve ever done. I've been watching Lifetime movies as long as I can remember."

Indeed, as The Futon Critic points out, over the course of Lifetime's 30 year history, a number of famous faces launched their careers in one of their movies. Actors like Reese Witherspoon, Kristen Bell, and Kristen Stewart acted in one early in their careers, and the network hosted directorial debuts for Kyra Sedgwick, Jennifer Aniston, Demi Moore, Alicia Keys, and Courteney Cox.

After The Captive Nanny premieres, Lifetime's summer of celebration will re-air some of the network's most famous guilty pleasure movies, like 1998's Fifteen & Pregnant with Kirsten Dunst, or 1994's Death of a Cheerleader with Tori Spelling. So grab your popcorn. If we're going to be inside all summer we might as well watch something juicy.

More like this
'Abbott Elementary' Fans Probably Missed This 'Parent Trap' Easter Egg
By Sam Ramsden
Gerard Butler Insisted On Adding This Pivotal Scene To 'Plane'
By Catharina Cheung
Jemima Khan Used Her Own Life As Inspo For 'What’s Love Got To Do With It?'
By Darshita Goyal
Taylor Lautner Copped To Finding Jacob "A Little Annoying" In Twilight
By Stephanie Topacio Long
Get Even More From Bustle — Sign Up For The Newsletter
From hair trends to relationship advice, our daily newsletter has everything you need to sound like a person who’s on TikTok, even if you aren’t.