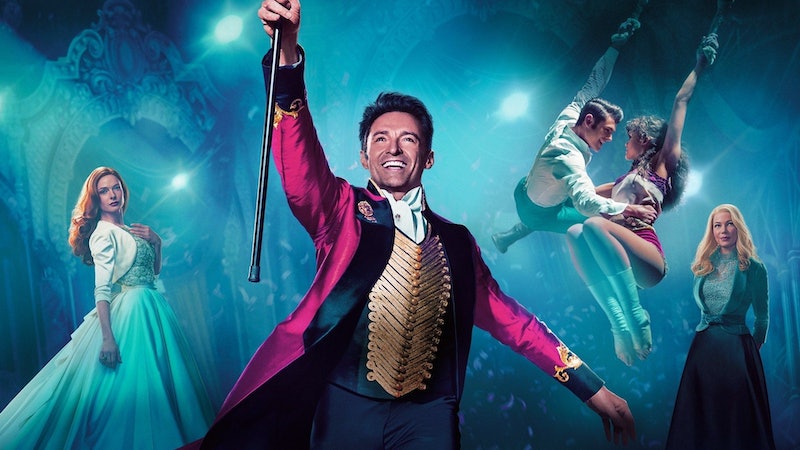 Back in 2017 the world was taken by storm when the musical film The Greatest Showman was released in cinemas. The movie was directed by Michael Gracey, and was inspired by the story of P. T. Barnum's circus. The accompanying soundtrack went on to become a smash hit in its own right, and a special performance of the very best tracks is scheduled to take place at the 2019 BRIT Awards. Don't worry if you haven't witnessed this cinematic masterpiece already, because the film is available to watch on various platforms. But is The Greatest Showman on Amazon Prime?

The film, which stars Hugh Jackman as the aspiring showman, is indeed available to watch on the streaming service. However, Showman you'll have to cough up some cash as, enjoying the Golden Globe Award-winning movie on the platform will cost you £7.99.

As mentioned previously, Jackman will open the 2019 BRIT Awards ceremony at The O2 Arena in London this week. And the Express reports, the actor is rumoured to be performing the track "The Greatest Show," after footage of rehearsals, which included dancers and acrobats, was posted online. A tweet posted by Jackman read "Going to be awesome! @BRITs @AtlanticRecords."

The official soundtrack of the movie enjoyed staggering success upon its release, and has since dominated the charts. The upcoming BRIT Awards spectacular will coincide with the Showman soundtrack's 60th week in the UK charts, and its 59th week in the top five. According to the Express, the album has spent a total of 28 week at number one, surpassing the record of other major releases, including 21 by Adele. The BRITs Chairman, and CEO of Sony Music UK and Ireland, Jason lley, has previously spoken about the film's longevity, and why Jackman's appearance at the 2019 ceremony makes total sense. He said "The Greatest Showman soundtrack dominated the charts in 2018 breaking records all over the world as well as here in the UK. It’s only fitting that the UK's biggest celebration of musical successes should be kicked off with a performance from the biggest selling album in the UK of the last year."

And if you simply can't get enough of the movie, Jackman will be headlining his very own solo tour later in 2019 — and many of the biggest tracks from the hit musical will form part of the setlist. According to Billboard, the tour is titled Hugh Jackman: The Man. The Music. The Show. and will arrive in the UK for three nights each at Glasgow’s SSE Hydro, The Manchester Arena, Birmingham Resorts World Arena, and will stay for a grand total of six shows at London's O2.

The live tour will see the 50 year-old be accompanied by a live orchestra, and in addition to Showman, Jackman will perform hits from Les Misérables, as well as music from other films, and Broadway productions. The first taste of what promises to be an incredible tour will be seen during the opening of the 2019 BRIT Awards, and I for one cannot wait.

More like this
Gassed Up Promises All Things Action, Risk, & Redemption
By Frances Stewart
At 28, Lesley Manville Was Acting, Picketing, & Singing Kate Bush Songs
By Olivia-Anne Cleary
Madonna’s Reason For Directing Her Own Biopic Is So Madonna
By Maxine Harrison
Rita Ora & Taika Waititi Are Reportedly Married
By Sophie McEvoy and Catharina Cheung
Get The Very Best Of Bustle/UK