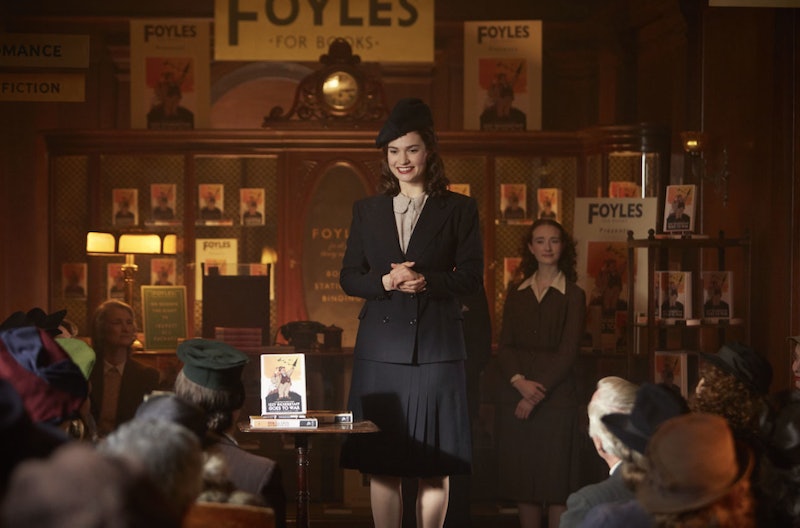 The movie, out on Netflix Aug. 10, is an adaptation of Mary Ann Shaffer and Annie Barrows’ novel of the same name. In the novel’s afterword, Barrows explained that Shaffer, who is her aunt, had initially set out to write an autobiography about Kathleen Scott, the wife of Antarctic explorer Robert Falcon Scott, who accompanied him on his trek to the South Pole.

After things didn’t pan out, she decided to make a trip to Guernsey. Once there, the ferry service and the airport were shut down due to “a terrible fog,” leaving her stranded at the airport. Shaffer used this opportunity to spend her time at the airport’s bookstore, where she found many books on the Germans’ occupation of the island during World War II. Even though Shaffer didn’t get a chance to explore Guernsey, leaving right after the fog was lifted, she became immersed in the island’s history. Twenty years later, Shaffer decided to create her own story based on the island.

Barrows divulged that months after the book was published, readers reached out to the authors sharing how much the novel reminded them of their own stories. “One Guernsey native told me of his evacuation to England, along with hundreds of other children, the week before the Germans invaded," said Barrows. “Another woman, a child in Germany during the war, told of bringing food to the French soldiers hiding in her attic – she was the only member of the family small enough to squeeze through the trapdoor.”

A tourist site for Guernsey also explains further how much of the novel and film is based on real life. It reads, “As in the film, many families were separated during the war, sending their children off to safety in England. However, many islanders did follow their children and also managed to evacuate by boat before the Germans arrived. By the time the Germans landed in Guernsey, almost half of the island’s population had already fled to mainland Britain.”

It also notes that although the characters are fictional, some are possibly inspired by real people — particularly Elizabeth, the founder of the society. “Elizabeth’s character in particular seems to draw inspiration from a true story. Marie Ozanne was a Guernsey woman who bravely stood up to the occupying forces during the Occupation, as she defied their banning of the Salvation Army of which she was a member, and also protested against their treatment of slave labourers. Like Elizabeth, Marie was imprisoned and sadly died in 1943.”

Even though The Guernsey Literary and Potato Peel Pie Society’s plot is fictional, it’s rooted on a historical event that deeply affected the island.