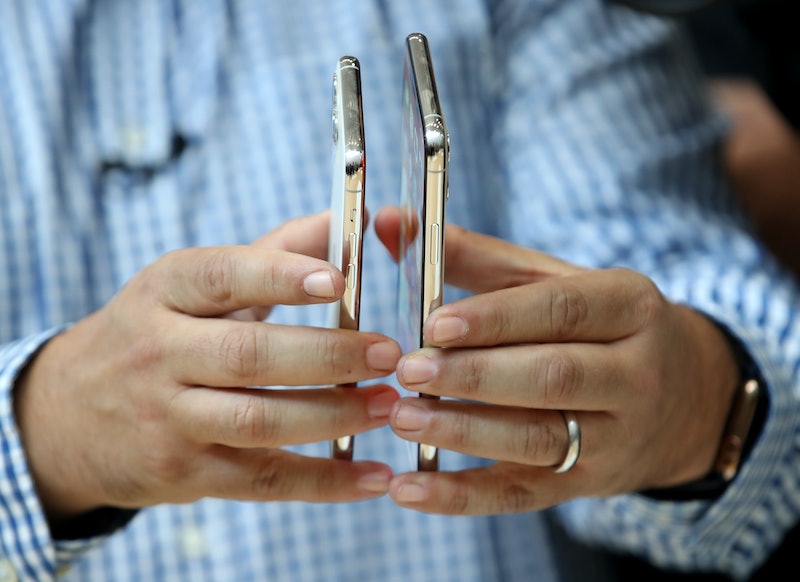 Recently, Apple has dominated tech news after releasing three brand new iPhone models during its launch event on Sept. 10. The company's much-anticipated new iPhones come with some exciting new functionalities, though they're missing one particular upgrade that some people might've expected to see. The iPhone 11 doesn't have 5G capabilities — but this doesn't mean that iPhones with this feature aren't coming sometime in the future.

Apple's three new iPhone models are called the iPhone 11, the iPhone 11 Pro, and the iPhone 11 Pro Max. According to the company's technical specifications, all of the phones have "gigabit-class LTE," which is essentially just a faster version of the standard 4G LTE, Digital Trends explained.

While Apple hasn't yet publicly addressed the topic, there are probably multiple reasons why the company didn't opt to include 5G functionality on the iPhone 11, CNN Business reported — even though some of its competitors have already released 5G-capable phones.

First, as PC magazine described, mobile carriers are currently still figuring out how to handle 5G, so it may be a bit early to release phones that are fully reliant on this network. In fact, the magazine emphasized that most U.S. carriers don't fully support 5G right now, and The Verge added that it'll likely still take a significant amount of time and effort before 5G is fully operational like LTE is currently.

Moreover, as CNN Business emphasized, Apple typically likes to take its time developing new technologies — and creating a 5G-capable phone before the 5G network is fully developed doesn't really seem to align with how the company typically approaches product development. In fact, the network said, Apple CEO Tim Cook once said in a 2014 interview that Apple's "objective has never been to be first" when it comes to releasing devices with new technologies. Instead, the company's objective is to "be the best," Cook noted.

This isn't to say that Apple won't be releasing 5G phones eventually, MacRumors reported. As the outlet emphasized, a note to investors from financial services analyst Ming-Chi Kuo, who specializes in analyzing Apple's business moves, predicted that new iPhones slated to be released in 2020 will likely support 5G.

Ben Stanton, a senior analyst at Canalys, a technology market analyst firm, speculates that Apple's reluctance to release a 5G phone this year likely won't be a problem for the company in terms of attracting people to purchase the iPhone 11. "The mass market currently has no idea what to use 5G for," Stanton told CNN Business, "so, for many, a lack of 5G on the newest iPhone may not be a problem."