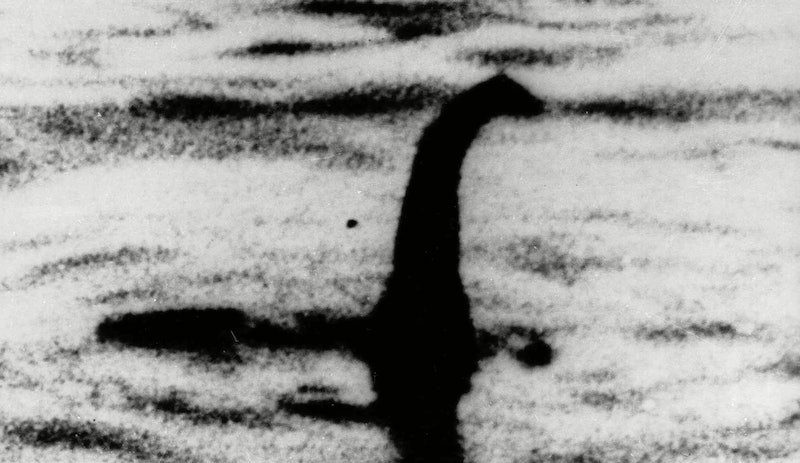 Winter is flexing its muscles and slowly beginning to get it's grip on the UK. Which means cosy nights in telling creepy stories and sharing old folklore is absolutely a little bit of what you fancy. Tales of ghosts, haunted places, evil deeds, and of course monsters. Some stories of monstrous beasts are more beloved than others and one in particular is better known than the rest. Scotland's famous Loch Ness monster has been the subject of myth, mystery, obsession, and of course debatable photographic evidence. However new potential footage of the Loch Ness monster will leave you shook.

The news comes from the Ness Fishery Board who according to their website are a "statutory body responsible for the protection and enhancement of salmon and sea trout fisheries in the Ness District."

It was during one of their studies of the loch that they caught the footage of the mysterious looking creature. And in fairness, if you're filming anything under water in the famous loch and you see anything even remotely out of the ordinary, obviously the first thing you'd think is that you've caught the beast. Well on camera at least. And this fact was absolutely not lost by the Ness Fishery Board who shared the video on their Twitter page on Sept 1.

"When you see a large eel-shaped object passing your camera in the River Ness, the first thing you think of is the Loch Ness Monster."

The video is grainy and in fairness you can't see much but if you look very closely, you'll catch something. This is not a drill, there appears to be an absolutely bloody mahoosive eel-like creature just swimming along. Which is utterly terrifying but also lit AF.

It's also further evidence pointing towards Nessie being a ridiculously huge eel, which has not only long been a theory but according to evidence from a recent study of the DNA in the loch's water showed that there's a heck of a lot of eel DNA in those waters. Yikes. Eels. So, so gross.

The study was conducted by the University of Otago in New Zealand and led by Professor Neil Gemmell. According to the BBC, no large mammal or large fish DNA was found in Loch Ness. However, he pointed out that the eel DNA which was found didn't actually indicate the size of the eels, but a giant one could still be in there.

Cryptozoology fans take the floor. This might well be your moment. After all, if Nessie really is just an enormous eel, then it's all solved right? No monster? Richard Freeman, of the Centre for Fortean Zoology spoke to The Sun about the footage and said guys, this is still pretty scary.

"I don't believe the eel theory has killed off the Loch Ness Monster, quite the reverse. A giant eel which can grow up to 30ft is a monster in every sense of the word."

Right, so maybe don't go swimming there after all.

More like this
This Wordle Rival Is Taking Social Media By Storm
By Sam Ramsden
Gen Z Are Twice As Likely To Identify As Queer, According To New Data
By Sam Ramsden
Twitter Has *A Lot* To Say About The "Single Penalty”
By Sam Ramsden
Watch Jacinda Arden’s Devastatingly Honest Resignation Speech
By Sam Ramsden
Get The Very Best Of Bustle/UK
Sign up for Bustle UK's twice-weekly newsletter, featuring the latest must-watch TV, moving personal stories, and expert advice on the hottest viral buys.