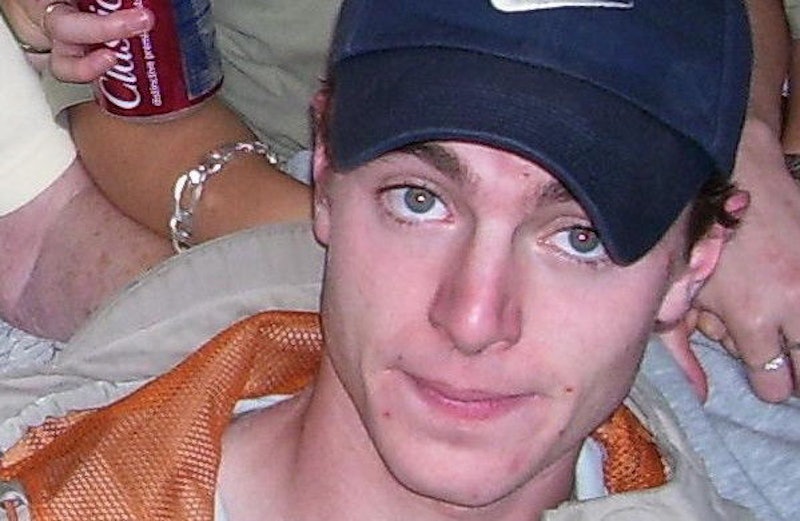 As part of their Missing or Murdered series, Channel 5 are exploring the case of Luke Durbin, who disappeared in May 2006. Following a night out with friends at Zest nightclub in Ipswich, the 19-year-old was last seen on CCTV close to the city's bus station at around 4 a.m. An extensive police investigation by Suffolk Constabulary ensued, but is the Luke Durbin case still open 14 years later?

Durbin has yet to be found, but Suffolk Constabulary are still looking for anyone with "fresh information" on the case. Recently reporting on the release of the documentary, the constabulary are encouraging anyone with info on the case inform them through their Major Investigation Team's online portal.

Since his disappearance, no trace of Durbin has been found. After being reported missing on the afternoon of May 13, Suffolk Constabulary writes that they "were concerned for his welfare," as it "was very out of character for him to go missing and be out of touch with his mum and sister for any length of time."

Although, as the Guardian writes, Durbin had gone missing once before, albeit "voluntarily". A couple of years prior, he ran away to France but he had told his sister Alicia and "kept in constant phone contact with her." But when he disappeared on the early morning of May 12, he left his phone, wallet, and other personal belongings at his friend's house in Woodbridge, a nearby town.

Woodbridge became a major part of the investigation, as there was also a report of Durbin being in the area between 11 a.m. and 2 p.m. on May 13, where he was allegedly seen "in a dark blue Renault Megane car being driven by a man [...] near to the entrance to the Turban Centre car park on Quay Side, Woodbridge," according to police.

Suffolk Constabulary used major resources to locate the teen, including "searches on foot, with the force helicopter and with the dog unit" and by tracking his last known journey "via CCTV in businesses and Ipswich Borough council-run town centre units." Through these captures, "officers traced Luke's path from Zest, via Ipswich railway station to a taxi office — Hawk Express in Old Foundry Road — where he made attempts to get transport home," the constabulary writes. After unsuccessfully getting a taxi, "he made his way back towards the town centre bus station," which is where he was last confirmed to be seen.

In 2012, two men were arrested on suspicion of murder in connection to Durbin's disappearance, but both were subsequently released. "Our enquiries are continuing and even almost seven years after he disappeared we are still receiving information about Luke, which we are following up and piecing together," Det Supt John Brocklebank told BBC News.

Since his disappearance, Durbin's mum Nicki has set up numerous campaigns to find her son, most recently setting up a Facebook and Twitter dedicated to finding her son for people to contact the Norfolk & Suffolk Major Investigation Team or herself directly via email.

"That day defined me, it changed everything. I will never go back sadly," Nicki told Good Housekeeping in 2018. "[Families of missing people] just get really good at being able to compartmentalise our lives because we have got to work. We are alive. For me, that's a massive thing, if Luke's life has been taken then I have life and I have Alicia, I've got to keep going."

"It doesn't get easier, but I've become a master at separating life and knowing when it's ok to fall apart and when to be robotic about stuff," she continued. "Life's about treasuring what you have already and the people around you — If it hadn't been for my family and friends there is no way I would have got through this."

Missing Or Murdered: The Disappearance of Luke Durbin airs on Tuesday, April 28 on Channel 5 at 10 p.m.