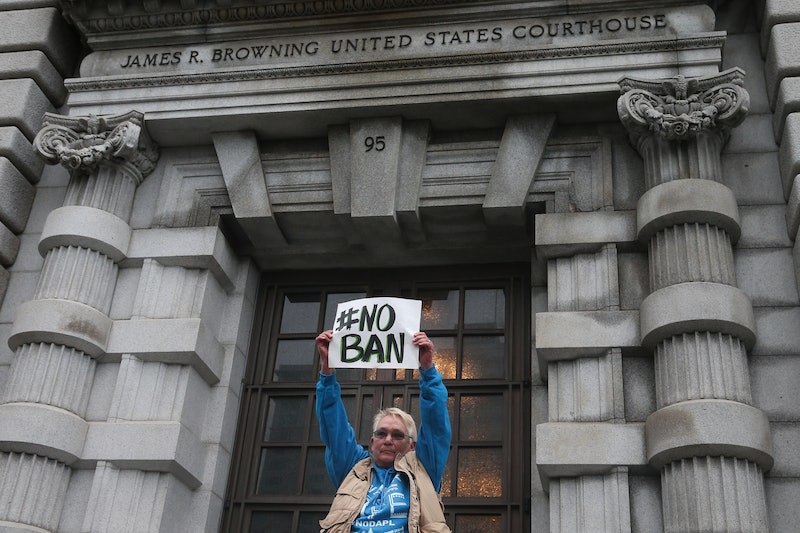 The Ninth Circuit Court of Appeals handed down its highly-anticipated verdict on Thursday, upholding the decision of the lower court which declared President Trump's travel ban unconstitutional. The executive order prohibited people from seven Muslim-majority countries, including Syria, from entering the United States. It was temporarily placed on hold after Seattle judge James Robart decided to stop the ban last Friday in response to a lawsuit filed by officials in Washington and other states.

Trump attacked Robart on Twitter shortly after the announcement of the decision, writing: "The opinion of this so-called judge, which essentially takes law-enforcement away from our country, is ridiculous and will be overturned!"

Arguments in the Ninth Circuit Court of Appeals were heard on Tuesday of this week by three presiding judges: Richard R. Clifton, William Canby, and Michelle T. Friedland. Judge Clifton was nominated to the court by President George W. Bush, Canby by President Carter, and Friedland by President Obama.

Their decision has been anxiously anticipated by Americans throughout the nation. The initial announcement of the ban was almost immediately controversial, with significant protests against it at major airports and in cities throughout the country.

Americans in favor of and opposed to the ban likely have the same question now. Namely, is this ruling final?

According to the Guardian, while the executive order will not be enforced in the short term, it could still ultimately be permitted by courts. The federal government would be able to file a motion with the Supreme Court to reinstate the ban. This could prove particularly complicated because the court currently has only eight justices; a tie would leave the decision of the Ninth Circuit Court of Appeals in place.

Furthermore, the appeals court's decision applies specifically to Robart's short-term pause on the travel ban. Even if they uphold Robart's initial decision, it will still be up to Judge Robart to determine whether he wants to replace the pause with a longer-term injunction.

Despite the apparent significance of Thursday's ruling, it is clear that this legal battle will continue into the future, and that while it may affect the travel ban in the short term, its ultimate fate has yet to be decided.