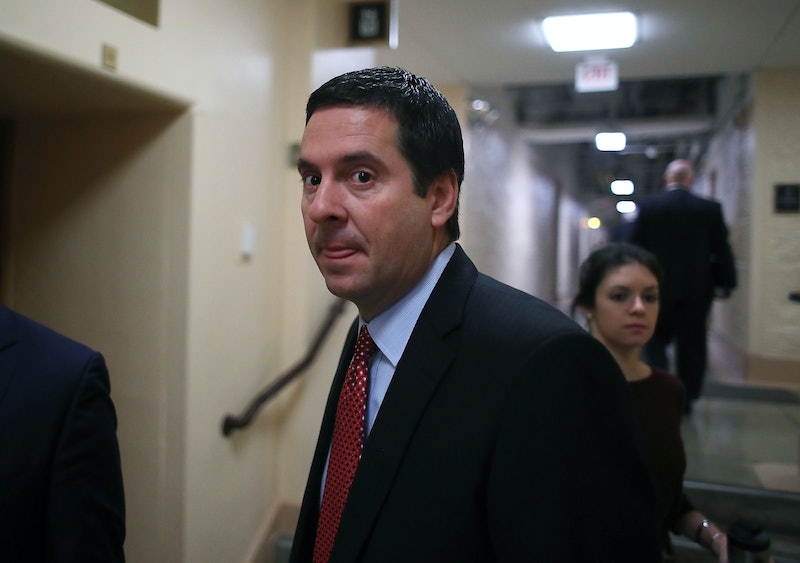 On Monday, the Republican majority of the House Intelligence Committee announced that it would be ending its investigation into Russia's supposed involvement in the 2016 U.S. presidential elections. The GOP majority announced that it had found no evidence of collusion between the Trump campaign and Russia, causing some to now wonder if the Russia investigation is over.

In fact, it's quite the opposite — multiple investigations looking into potential Russian involvement in the last presidential election are still very much ongoing. Notably, President Trump denies that there was any collusion between his campaign and Russia, as does the Kremlin.

According to CBS News, the House Intelligence Committee released a one-page summary of its findings on Monday. "We have found no evidence of collusion, coordination, or conspiracy between the Trump campaign and the Russians," the conclusion noted. CNBC reported that, as a result, the Committee is finalizing details and will be fully wrapping up the investigation shortly. As the outlet stated, Republican Committee Chairman Devin Nunes said in a press statement, "After more than a year, the Committee has finished its Russia investigation and will now work on completing our report."

However, many Democrats on the Committee, including ranking member Adam Schiff, do not concur with Republicans' decision to end the investigation. Schiff chastised the GOP-directed decision in a tweet, saying it, "represents yet another capitulation to the executive branch."

By ending its oversight role in the only authorized investigation in the House, the Majority has placed the interests of protecting the President over protecting the country, and history will judge its actions harshly.

At the same time though, Schiff asserted that Democrats on the committee will not be deterred by the announcement — and that they will continue their investigation "with or without the active participation of the Majority." And he might be right. USA Today reported that Democrats are likely to write their own separate investigative report, which is expected to find "strong evidence" of collusion between the Trump campaign and Russia.

In addition to House Democrats continuing the Russia investigation, several other investigations are also ongoing. The Senate Intelligence Committee is still looking into the matter, in what USA Today has described as a much more bipartisan endeavor. Moreover, the outlet also reported that the Senate Judiciary Committee is conducting a limited investigation of its own, though it will not produce a final report pertaining to the matter.

The House Intelligence Committee's announcement lies in direct contrast to the findings of the U.S. intelligence community. In fact, the community released a report back in January that claimed the Russians meddled in the 2016 presidential elections in order to help Trump secure victory. The House Intelligence Committee noted that while it believes Russia interfered, it doesn't think the country did so with the intent of helping Trump win.

Still, Trump seemed pretty excited about the House Republicans' announcement on Monday. He released a tweet sharing the news, and, of course, emphasizing it in all-caps:

THE HOUSE INTELLIGENCE COMMITTEE HAS, AFTER A 14 MONTH LONG IN-DEPTH INVESTIGATION, FOUND NO EVIDENCE OF COLLUSION OR COORDINATION BETWEEN THE TRUMP CAMPAIGN AND RUSSIA TO INFLUENCE THE 2016 PRESIDENTIAL ELECTION.

Overall, while the GOP majority members of the House Intelligence Committee may be wrapping up their Russia investigation, it is clear that the complete investigation of the matter is still far from over. The Trump administration, and many Americans, will be anxiously awaiting results from Mueller's probe and from the Senate investigation for many months to come.