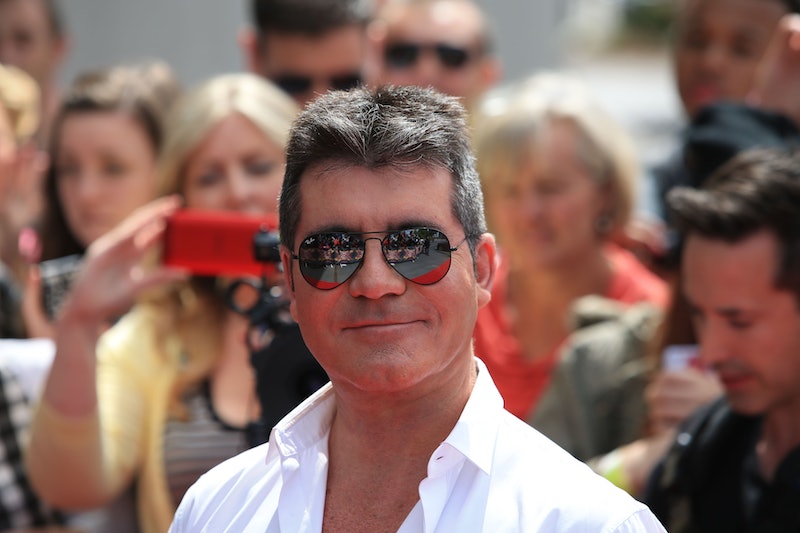 Taking a break from the format viewers have come to know and love over the past 15 years, The X Factor recently delved into uncharted territory by announcing not one, but two spin-offs. The show's first special edition arrived in the form of The X Factor Celebrity, during which TOWIE star Meghan McKenna emerged victorious. However, an all-stars version of the series was set to follow soon afterwards, but with the arrival of Cowell's band-centric new talent search, is The X Factor: All-Stars still happening?

As iNews reports, ITV have put plans for an all star edition on hold, and the planned spin-off has instead been replaced with The X Factor: The Band — which will see Simon Cowell and Nicole Scherzinger set out on a mission to discover Britain's next major pop group. Not all hope is lost, however, because The X Factor: All-Stars might still be on the horizon. Speaking to the Mirror, one source close to Cowell revealed that All-Stars has been "postponed until 2020," and was not officially cancelled by ITV. The source went on to explain how a new contract has not yet "been formally signed," but only "a few minor details" are left to be finalised. So, despite the change in schedule, viewers might just be treated to an All-Stars spin-off after all — and just to be sure, I have reached out to ITV for comment, and will update with any new information once it becomes available.

According to The Sun, the planned X Factor: All-Stars would have seen a line-up of past winners and finalists battle it out to be crowned the ultimate champion, however, attention has now turned to Cowell's latest television venture, which will aim to form the UK's next major pop group. The Band was originally set for a 2020 debut, but after former X Factor-winners Little Mix announced plans for a strikingly similar BBC series, known as The Search, the music mogul was forced to bring forward his quest for a chart-topping boy or girl band before the new year.

The X Factor: The Band starts tonight at 8.30 p.m. on ITV1, and I don't know about you, but I'm eager to find out if the series can recreate the magic of its previous pop group success stories.

More like this
5 Biggest Takeaways From Channel 4's 'Untold: Life After Love Island'
By Sophie McEvoy
We’ve Got A Text! Another 'Love Island' Series Is On The Way
By Darshita Goyal
Twitter Can’t Get Enough Of The Romance In 'Ekin-Su & Davide: Homecomings'
By Sophie McEvoy
Meet Jungle Runner-Up Owen Warner's Equally Handsome Brothers
By Sam Ramsden
Get The Very Best Of Bustle/UK